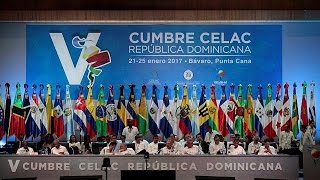 Somewhere along the line in recent history, some US think tank in the employ of the Central Intelligence Agency must have come up with the idea that overthrowing governments in Latin America by military coups came with bad optics for the coup plotters.

Often, democratically-elected Latin American leaders were demonized by a cabal of military officers who left their barracks and laid siege to the presidential palaces. After taking control of the national radio stations, these generals would announce they had seized control of the government to "protect" the people from "communism" or some other concocted bogeyman.

Beginning in the early 2000s, another plan was devised by US national security planners ensconced in their faux academia "think tanks." Their plan was simple: overthrow anti-American elected leaders in Latin America through the courts. In effect, lawyers and judges, not generals, caudillos, or military juntas, would carry out coups by abusing constitutional provisions and laws as a clever ruse.

Under Allen Dulles and Richard Helms, the Central Intelligence Agency relied on the old tried and true method of promoting coups via the façade of a "popular" rebellion. After the 1973 CIA-directed coup in Chile, which saw Socialist president Salvador Allende die in a hail of bullets fired from aircraft and tanks at the La Moneda presidential palace, the CIA began to look at other avenues to overthrow presidents in the Western Hemisphere.

For decades, CIA-influenced media, including the dubious Wikipedia, have insisted Allende committed suicide with an AK-47 assault rifle presented to him by Cuban leader Fidel Castro. However, nature would later provide the evidence that Allende was assassinated. The proof came in a 300-page top secret report found in the debris of the house of a former military officer. The house had been destroyed in the 2011 Chilean earthquake. The story of Allende's "suicide" was spread around CIA-friendly media to mask the agency's role in yet another assassination of a foreign leader. The CIA's media manipulation was honed during its pre-eminent role in covering up the assassinations of President John F. Kennedy, Senator Robert F. Kennedy, and Dr. Martin Luther King. For the CIA, however, assassinations were costly in terms of the agency's public image, so some other method of dispatching targeted leaders was in order.

A formerly CONFIDENTIAL CIA "Intelligence Memorandum," dated December 29, 1975, concluded that Latin America had to be weaned away from "Third Worldism." The conclusion was based on the votes of certain Latin American countries that had voted in favor of a United Nations General Assembly resolution equating Zionism with racism. The countries were Brazil, Cuba, Grenada, Guyana, and Mexico. Eleven other countries in the Western Hemisphere abstained.

As the bloody coups in Chile, the Dominican Republic, and other countries showed, there had to be a simpler and less lethal way for the US to bring about undemocratic changes in governments in the hemisphere.

If the CIA were able to infiltrate a nation's judiciary and law enforcement structuresthe latter having already been thoroughly subsumed through CIA-financed "training programs"it could bring spurious charges against targeted heads of state. This form of coup d'e'tat would become known as "lawfare."

The leader of the French left, Jean Luc Melenchon, recently condemned the use of lawfare against former Brazilian President Luiz Inacio Lula da Silva. Lula, as he is popularly known, has been imprisoned since April 2018 on trumped up charges of corruption. Melenchon told the Brazilian press that "lawfare is now used in all countries to get rid of progressive leaders. This is what they did with Lula." Melenchon added, "the judge [Sergio Moro] who condemned Lula is now a minister [minister of justice and public security] of Jair Bolsonaro, the new president of Brazil." Lula was sentenced to 12 years in prison on politically-motivated money-laundering charges ginned up by Moro and other neo-fascists in the Brazilian judiciary. Bolsonaro, a champion of Brazil's former military dictatorship and an admirer of Adolf Hitler, Benito Mussolini, and Donald Trump, has vowed to keep Lula in prison. Lula would have defeated Bolsonaro for the presidency had he been released from prison and allowed to run for political office. However, Moro and his fellow lawfare practitioners ensured that appeals to the Brazilian Supreme Court for Lula's release were all dead-on-arrival.

Melenchon also stated "Lula has been a direct victim of accusations to destroy his work and image, built in more than 40 years of public life." British human rights attorney Geoffrey Robertson QC echoed Melenchon in comments made to the "New Internationalist" in January 2018. Robertson cited the "extraordinarily aggressive measures" taken to imprison Lula and prevent him from running for president. Robertson cited as Lula's enemies the judiciary, media, and "the great sinews of wealth and power in Brazil."

Lawfare coups have been embraced by both Republican and Democratic administrations over almost two decades. The first example of a coup by semi-constitutional fiat was the February 28, 2004, forced removal from office of Haitian President Jean-Bertrand Aristide. US Marines and American mercenaries escorted Aristide and his party from the presidential palace to a white plane with no other markings except for an American flag on the tail. The United States claimed Aristide voluntarily resigned his office, something that Aristide and his advisers vehemently denied. Aristide was literally tossed off the plane, along with his wife, in Bangui, Central African Republic. Through the abuse of "national emergency" provisions, the United States installed Haiti's Supreme Court Chief Justice Boniface Alexandre in the presidential palace. The coup began after CIA-supported rebels and narcotics-gangs seized control of northern Haiti and marched to the capital of Port-au-Prince with the intention of ousting Aristide.

The second lawfare coup was against Honduras's president, Manuel Zelaya. Staged on June 28, 2009, the coup was approved in advance by US Secretary of State Hillary Clinton, as leaked cables from the US embassy in Tegucigalpa attest. Coup leader Roberto Micheletti cited the Honduran Constitution and a decision by the Supreme Court as providing legitimacy for Zelaya being marched from his home in his pajamas to a waiting plane that flew him to Costa Rica. The military junta that replaced Zelaya said that his letter of resignation had been approved by the National Assembly. Zelaya declared the letter to be a forgery.

The third major lawfare coup came in 2012. Paraguay's democratically-elected president, Fernando Lugo, was ousted in a political impeachment carried out by right-wing forces in the Paraguayan Congress and Senate, with the full support of the US-trained and equipped Paraguayan military. From Washington, Secretary Clinton moved hastily to recognize the right-wing vice president, Federico Franco, and his new right-wing government to replace the center-left government of Lugo. As with Haiti and Honduras, the Paraguayan coup was accomplished with the thin veneer of the constitution.

In 2016, it was Brazil's turn in the lawfare arena. The impeachment of President Dilma Rousseff of the left-wing Workers' Party ensured that Michel Temer, her right-wing vice president, assumed the presidency. Without Rousseff in the presidential palace, her predecessor, Lula, became fair game for the right-wing.

Next on the American hit list was Venezuela. On December 6, 2015, the US-backed rightist opposition won control over the National Assembly. The rightists immediately commenced procedures to remove progressive socialist President Nicolas Maduro from power through dubious "constitutional" means. However, the plan faltered in Venezuela. In reaction, Washington applied crippling economic sanctions on the country, something that was to be repeated by the Trump administration against both Venezuela and the democratically-elected government of President Daniel Ortega in Nicaragua.

Pro-democracy forces in Latin America and elsewhere no longer have to worry about sudden troop movements and tanks converging on presidential palaces, but armies of judges and lawyers armed with nothing more than constitutional provisions and criminal codes stretched to the point of incredulity.