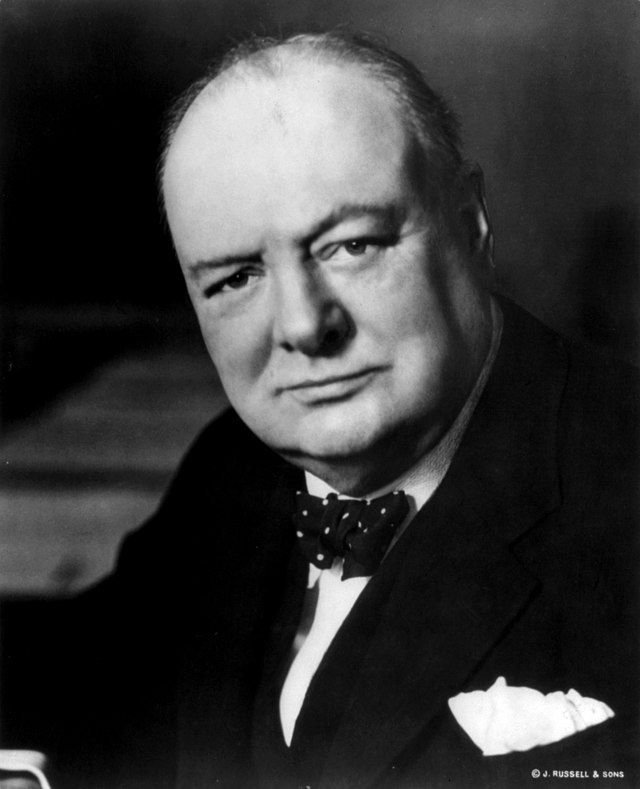 - The Great Gamers of Perfidious Albion

Winston Churchill's hoary old dictum, 'History is written by the victors', is rarely far from the minds of those musing on the causes, conduct and outcomes of military conflicts great and small. Though less familiar, Britain's most feted wartime leader of the past century also mused that, 'the first quality needed is audacity'.

If Scotsmen Gerry Docherty and James Macgregor's book Hidden History - The Secret Origins of the First World War -- their remarkable, alternative account of modern history's most consequential of conflicts -- is any indication, the 'Great Pontificator' was right. On both counts.

Which is to say, whether revealing "audacity" in the preservation and expansion of his beloved empire or doing same by preordaining for generations to come the historical record of such endeavors, Churchill and his then inner circle have few peers. To this day, the established WWI narrative -- that it was Germany's aggressive militarism and imperial ambition that sparked the Great War of 1914-18, and which England went to great lengths to avoid -- is rarely questioned.

So sacrosanct is this dogma, any suggestion Britain, with malice aforethought, goaded Germany into this geopolitically redefining inferno, is one most will find difficult to contemplate, much less accept. Such is the serviceability and durability of the Big Lie.

Yet Germany's Kaiser Wilhelm II and his cohort barely knew the half of it! With the connivance of their then reigning monarch Edward VII (the Kaiser's uncle no less), the British played the Germans like a finely tuned 'Strat' in the hands of Jimi Hendrix at the top of his game. If ever a great power was in award contention for misreading the aims of its archrival, in the modern history annals Germany has to be head of the prize queue. The Kaiser's naivety was to have both world shattering and, to this day, world shaping repercussions.

That Churchill's "Secret Elite" -- the so-called Milner Group, and around whom the central Hidden History narrative revolves -- wielding power at the highest levels of the British establishment later conspired by various means to actually prolong the war, is a revelation sure to induce profound cognitive dissonance in many others. On its own, the Hidden History (HH) backstory to the sinking of the British passenger liner the Lusitania (of which more later) by a German U-boat with 140 U.S. citizens on board -- the singular event which did so much to precipitate America's belated entry into the war -- is one many Americans will find quite disturbing.

And as any writer on such matters must know, understanding the origins and consequences of the "War to End all Wars" (even for those who still accept the official narrative, an appellation qualifying as one of history's most rueful deceits and cruelest ironies), is critical to grasping what is happening geopolitically with the present-day Anglo-American-Israeli alliance. As we'll see, such insights provide a singular pointer to where this unholy union might lead humanity.

The HH authors' accomplishment becomes all the more impressive when one visits their website. Here they take us beyond 1914 (at which point the book's narrative ends), wherein they provide continuing accounts of the war's progress and the nefarious intrigues of those involved in sparking it. In one case, such "intrigues" involved no less than future U.S. president Herbert Hoover, a man knowingly coopted by the Secret Elite as their proxy and appointed for such purposes as to keep the war going for as long as possible. Yes, you read that right!

Greg Maybury is a Perth (Australia) based freelance writer. His main areas of interest are American history and politics in general, with a special focus on economic, national security, military and geopolitical affairs, and both US domestic and (more...)

STAY IN THE KNOW
If you've enjoyed this, sign up for our daily or weekly newsletter to get lots of great progressive content.
Series: "The Great War Series"

A Clean Break from Israel (What America Needs Now)

Chilcot's Can of Worms -- Autopsy of a Disaster

The Putsch Pirates of the Potomac -- Part One