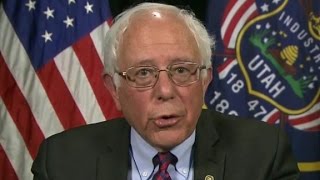 The odds are high that the progressive movement will lead a wave that will determine the Democratic nominee for president in 2020 and the next Democratic president who will be inaugurated in January 2021.

After the great Democratic victory in the 2018 midterm elections, creating a Democratic House of Representatives that must approve any legislative measure that will become law during the final two years of President Trump's current and probably only term in office, the 2020 presidential campaign has now begun.

Recently, Sen. Bernie Sanders (I-Vt.) convened a meeting of his long-term friends, supporters and admirers to discuss the 2020 campaign.

There are now mini-boomlets for Rep. Beto O'Rourke (D-Texas), who electrified national politics by almost defeating Sen. Ted Cruz (R-Texas) in their Senate race, and Sen. Sherrod Brown (D-Ohio), who continued his decades-long success in Ohio by being re-elected to the Senate, to run in 2020.

Several years ago, the rap on Democrats, not unfairly, was that we lacked a strong bench. Today, by contrast, the national Democratic Party is led by an all-star class of new Democratic members of the House, a stellar group of Democratic senators, a resurgence in the ranks of Democratic governors and an embarrassment of riches in the number of exciting and highly qualified potential Democratic candidates in 2020.

Meanwhile, Republicans are trapped by the highly unpopular and perpetually investigated Trump, who drowns out the voices and destroys the prospects of all other GOP presidential prospects.

On the national political stage Bernie Sanders, more than any other national figure, has won the battle of ideas. Throughout the 2016 presidential campaign Sanders ran ahead of Trump by 10-20 points, and throughout the 2018 midterm campaign, there was a coalescence of national Democrats around variations of the progressive agenda that Sanders, Warren and Brown have long pioneered and that O'Rourke boldly carried across Texas.

It was comical to watch Republicans in 2018, who spent eight years trying to destroy the highly popular progressive vision of healthcare, suddenly pretend to be devout supporters of key provisions of ObamaCare.

Sanders has earned the right to run in 2020, and if he chooses to run, he will be one of the early front runners for the Democratic nomination. I recently wrote that Sherrod Brown, who has proven that an uncompromising progressive leader can prevail for decades in a purple state like Ohio, should also run.

Beto O'Rourke may well be a future president, though in 2020 he is more likely to be seriously considered for vice president than president. Warren, Harris, Klobuchar, Booker and others would be very credible candidates and potential presidents if they run in 2020.

Much of the insider political community has fallen victim to the misleading cliche that Democrats must not move "too far to the left." Sanders ran well ahead of Trump in polls throughout 2016 because his views, which are universally known for decades, are in most cases mainstream positions.

The Democratic nominee in 2020, whoever it may be, will advocate some form of a Medicare for All or Medicare buy-in, which will be a hugely popular position. He or she will advocate a tax cut that helps the middle class and takes back benefits that mostly help the wealthy.

Related Topic(s): Bernie Sanders 2020 Presidential Candidate; Beto O Rourke 2020; Politics; Progressive Candidate, Add Tags
Add to My Group(s)
Go To Commenting
The views expressed herein are the sole responsibility of the author and do not necessarily reflect those of this website or its editors.