By John Pilger and T.J. Coles 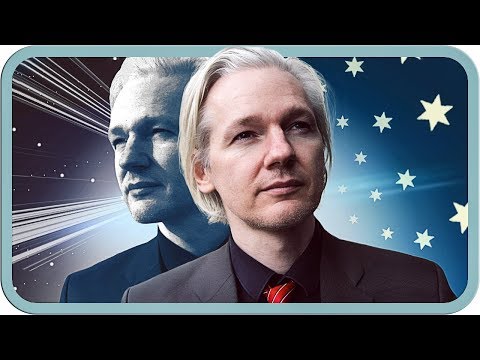 T.J. Coles interviews the world-renowned journalist and filmmaker, John Pilger, about the coronavirus crisis in the context of propaganda, imperialism, and human rights.

People are being told to self-isolate because of coronavirus, but Julian Assange has been isolated by successive British governments for years. Can you tell us what's going on with his case and how he was doing, last time you saw him?

On 25th March, a London court refused Julian Assange bail even though he was convicted of nothing and charged with nothing in Britain. The Trump administration wants to extradite him on a concocted indictment of "espionage" -- so ludicrous in law it should have been thrown out on the first day of the extradition hearing in February. It wasn't thrown out because the magistrate, Vanessa Baraitser (she is described as a judge but is actually a magistrate) has made it clear she is acting on behalf of the British and US governments. Her bias has shocked those of us who have sat in courtrooms all over the world. At the bail hearing, she added cruelty to her repertoire. Julian was not allowed to attend, not even by video link; instead he sat alone in a cell.

His barrister, Edward Fitzgerald QC, described how he was at risk of contracting coronavirus. He has a chronic lung condition and is in a prison with people who are likely to be carriers of the disease. The UK Prison Governors Association has warned "there will be deaths" unless the vulnerable are released. The Prison Officers Association agrees; the UN High Commissioner on Human Rights, the WHO, the Prison Advisory Service -- all have said the virus is set to spread like wildfire through Britain's congested, unsanitary prisons. Even Boris Johnson's Justice Secretary, Robert Buckland, says, "The virus could take over the prisons ... and put more lives at risk." At the time of writing, nine prisoners have died from COVID-19 in British prisons, including one at Belmarsh: these are the numbers the authorities admit to; there are very likely more. Some vulnerable prisoners are to be released, but not Julian: not in the land of Magna Carta. How shaming.

When I last saw Julian in prison, he had lost between 10 and 15 kilos; his arm was a stick. He is as sharp as ever; his black humor is intact. His resilience astonishes me. But how long can this resilience last? He is a political prisoner of the most ruthless forces, whose goal is to break him.

In your film The Dirty War on the NHS you expose the British National Health Service's creeping privatization and hollowing out, both by Tories and New Labour. What's the link between the coronavirus and the fragmentation of the NHS?

That the virus has been allowed to sweep through modern, developed societies is a crime against humanity. This applies especially to Britain. In 2016, the Department of Health in London conducted a full-scale pandemic drill, known as Exercise Cygnus. The National Health Service was overwhelmed. There weren't enough ventilators, emergency beds, ICU beds, protective kits and much else. In other words, it predicated accurately the crisis we face today. The Chief Medical Officer at the time appealed to the Conservative government to heed the warning and begin to restore and prepare the NHS. This was ignored; the documents describing the conclusions of the drill were suppressed.

Why? By 2016, the Department of Health had been reduced to a revolving door of Thatcherite ideologues: privatisers, management consultants, asset strippers, many of them besotted with the "American model" of healthcare, where the current head of NHS England, Simon Stevens, had spent 10 years promoting the private health industry as a senior executive of United Health, a company that exemplifies an infamous system which effectively disbars some 87 million Americans from medical treatment.

In Britain, the Americanizing of health care has been accelerating year upon year since a Tory bill, the Health and Social Care Act, welcomed privateers such as Richard Branson and his Virgin Care. In 2019, more of the NHS was sold to private companies than ever before. By last November, the number of public beds had been cut to 127,000, the lowest bed capacity since the NHS was founded in 1948 and the lowest in Europe. Mental health beds were down to a mere 18,000 -- and most of mental health services were now in private hands, mostly American. This subversion of the world's first public health service, established to give all people, regardless of income and class, "freedom from fear," is surely a crime in what is now a state of fear.

Alas, my film foretold much of this. With the NHS and its clinicians prepared and ready with a national testing program not unlike Germany's, I believe Britain could have avoided the worst of the virus and the draconian measures that followed.

Your 2016 film, The Coming War on China , documents US encirclement and demonetization of China. Can you talk about the propaganda of corona as a "Chinese virus"?

Let's take one example. When the coronavirus emerged in China and Australian tourists of mainly Chinese descent flew home, they were quarantined in a remote mining camp and an offshore detention center. When a cruise ship, the Ruby Princess, docked in Sydney with mostly white Australians and infested with the virus, the passengers were allowed to disembark without so much as a temperature check, let alone quarantine. As a result, 662 people linked to the ship have fallen ill and at least 11 have died. The difference here is race and racist propaganda. A virulent anti-China campaign has consumed the Australian media in a country whose biggest trading partner is China and the universities depend largely on Chinese students. At the same time, no country is as integrated with the US as Australia: its military and "national security" agencies and bases, its politics and media.

John Pilger grew up in Sydney, Australia. He has been a war correspondent, author and documentary film-maker. He is one of only two to win British journalism's highest award twice, for his work all over the world. On 1 November, he was awarded (more...)
Related Topic(s): Fearmongering; Freedom; Generals; Pentagon; Pilger; Wikileaks, Add Tags
Add to My Group(s)
Go To Commenting
The views expressed herein are the sole responsibility of the author and do not necessarily reflect those of this website or its editors.