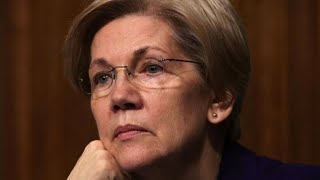 On June 12th, 2018, Reverend William J. Barber II hosted a discussion on poverty for members of Congress. People living in poverty across the United States -- from California to Kentucky to Michigan to West Virginia -- told us their stories. We heard from a victim of a predatory loan who lives in a trailer home infested with mold. We heard from an undocumented immigrant who struggles to afford rent in Los Angeles. We heard from a retired coal miner who is still fighting for fair benefits from greedy corporations.

As Americans struggle to pay their bills, the Trump Administration continues to spit in the face of poor people. Donald Trump has nominated Brett Kavanaugh to the Supreme Court -- a judge who poses a real threat to historically disadvantaged communities, including people of color, LGBTQ Americans, workers and the poor. The president has also crammed his administration with officials who care more about making money for themselves than protecting our environment, keeping our workers safe, and advocating for the rights of unions and consumers. Poor people are under attack from those in power, and the Poor People's Campaign is on the forefront of this fight.

"This is not a liberal or a conservative movement. It is a deeply moral movement. The people who are hurting the most have linked up to say, 'We won't be silent anymore.'" Reverend Barber launched the Poor People's Campaign: A National Call for Moral Revival to pick up where Rev. Martin Luther King Jr. left off 50 years ago.

"I think it's really easy for us as human beings to punish people or dismiss people because we don't love them. And we can't love them, we say, if we don't know them." Amy Jo Hutchinson told us about people living in poverty in West Virginia -- and the governor's immoral proposal to add work requirements to SNAP benefits.

Pamela Rush is a mother of two from Alabama. Her family lives in a mobile home that's falling apart. But as a victim of a predatory loan, she has no money for repairs. Her 10-year-old daughter has breathing problems because of the mold in the trailer. She joined the Poor People's campaign because she wants to fight back.

"There seems to be a lack of compassion and humility -- or at the very least a turning of a blind eye -- to problem areas in our society." Christopher Olive is a U.S. Air Force veteran. He suffered from opioid addiction and homelessness after his discharge. He's now fighting for affordable housing, rental assistance, and treatment facilities in his community, Grays Harbor County in Washington state.

Vanessa Nosie represents the San Carlos Apache tribe, from the Apache stronghold. She told us about the Elem Indian Colony in Clearlake, California. Cancer rates are increasingly high in the area after miners stripped mercury from the land, leaking heavy metal into the water. She's fighting to preserve the sacred land of indigenous people from corporate greed and environmental devastation.

"As long as we're divided, they can conquer." Nick Smith is the son of a coal miner's daughter. He's seen poverty grow worse and worse in Appalachia as coal mining jobs disappear and unions are weakened. Nick is fighting against corporate greed, anti-union legislation, and voter suppression.

Related Topic(s): Health; Jobs; Poverty; Trump Selfishness; Workers, Add Tags
Add to My Group(s)
Go To Commenting
The views expressed herein are the sole responsibility of the author and do not necessarily reflect those of this website or its editors.