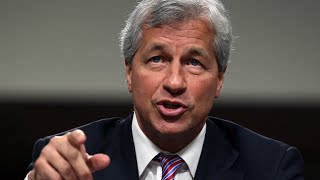 Perhaps the most condescending and unintentionally revealing comments any banker made in the wake of the banker-created 2008 financial crisis came from Jamie Dimon, CEO of too-big-to-fail bank JP Morgan Chase.

"Not to be funny about it," Dimon told a congressional panel in 2010, "but my daughter asked me when she came home from school 'what's the financial crisis,' and I said, 'Well it's something that happens every five to seven years."'

Related Topic(s): Banks; Economy; Financial; Glass-Steagall; Recession; Regulators; Volcker Rule, Add Tags
Add to My Group(s)
Go To Commenting
The views expressed herein are the sole responsibility of the author and do not necessarily reflect those of this website or its editors.