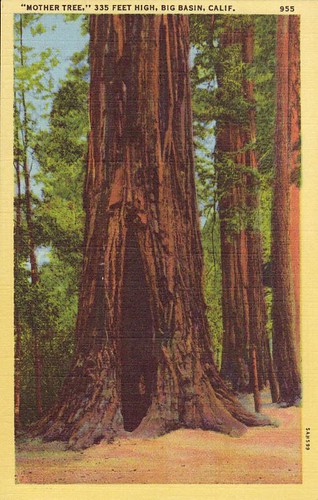 Not to return. Earth's the right place for love:

I don't know where it's likely to go better.

Suzanne Simard is a professor in the Faculty of Forestry at the University of British Columbia. She conducts research in a number of related ecological areas, including forest ecology, plant-soil microbial interactions, plant-plant interactions, ectomycorrhizae, and mycorrhizal networks.

In her new book, Finding the Mother Tree, she describes them, thusly:

She's a leader in The Mother Tree Project, a "guiding principle of retaining Mother Trees and maintaining connections within forests to keep them regenerative, especially as the climate changes." She grew up in British Columbia's rain forests. She comes from a family of lumberjacks, but after a first job out of college working for a clear-cut lumber company and was appalled at the lack of personal indifference to the environment being cleared.

John Hawkins: In the West, the story of the interaction of humans and trees goes all the way back to our origin story: Eden and the Tree of Knowledge. What's your overarching proposition about trees that people should take away from your new book, Finding the Mother Tree? What is this Tree? And how do you find it?

Related Topic(s): Atmosphere; Change; Climate; Family; Forest; Mother; Responsibility; Suffering; Time; Tree; (more...) Trees, Add Tags  (less...)
Add to My Group(s)
Go To Commenting
The views expressed herein are the sole responsibility of the author and do not necessarily reflect those of this website or its editors.