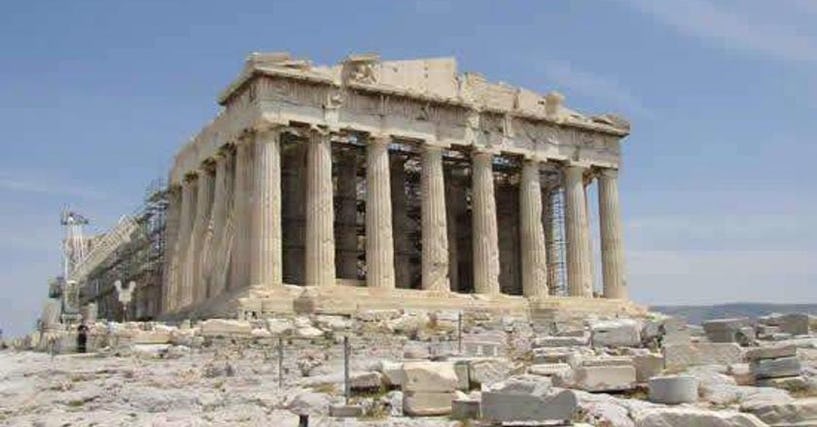 In an executive order draft the Architectural Record reported on this week, Trump is intending to mandate "the classical architectural style shall be the preferred and default style for new and upgraded federal buildings."

According to the report, the order would require rewriting the 1962 Guiding Principles for Federal Architecture.

On the surface, this may not appear to be any more than Trump's affinity for a particular aesthetic until we consider Trump's architectural proclivity as a real estate developer always favored standard steel-and-glass modernism, what author Peter York called "dictator chic".

Yet it also begs the question: Why would the White House have any authority over federal architecture?

"Design must flow from the architectural profession to the government and not vice-versa. The government should be willing to pay some additional cost to avoid excessive uniformity in design of federal buildings."

The 163-year-old American Institute of Architects were so appalled with news of Trump's order, the organization labeled the "uniform style mandate" antithetical to democratic ideals, explaining:

"Architecture should be designed for the specific communities that it serves, reflecting our rich nation's diverse places, thought, culture and climates. Architects are committed to honoring our past as well as reflecting our future progress, protecting the freedom of thought and expression that are essential to democracy."

"A uniform style requirement dictated from above would not only be terrible for our built environment, it is authoritarian. It would run counter to our democratic ideals and would sever a critical connection between our civic institutions and our multifaceted society."

Trump's draft order does not specify what the "classical" style entails; it does explain, though, its inspiration is that of "republican Rome."

There is a more invidious history behind the classical architectural style less analogous with Trump's tastes and more analogous with his infatuation with authoritarian demagoguery.

While appealing, classical and neoclassical architecture have traditionally appealed to authoritarians.

Related Topic(s): Architecture; Design; Fascism; Government, Add Tags
Add to My Group(s)
Go To Commenting
The views expressed herein are the sole responsibility of the author and do not necessarily reflect those of this website or its editors.