If enough people start to trust Trump's words more than the media's, he can get away with saying and doing anything 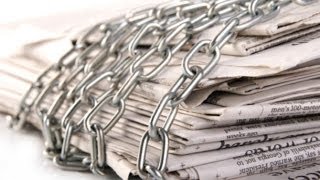 As Thomas Jefferson wrote, "[W]ere it left to me to decide whether we should have a government without newspapers or newspapers without a government, I should not hesitate a moment to prefer the latter."

First, news-gathering and reporting must be independent of executives who represent the interests of shareholders.

Related Topic(s): Democracy; Facts; Investigative Journalism; Trump Against Democracy; Truth, Add Tags
Add to My Group(s)
Go To Commenting
The views expressed herein are the sole responsibility of the author and do not necessarily reflect those of this website or its editors.