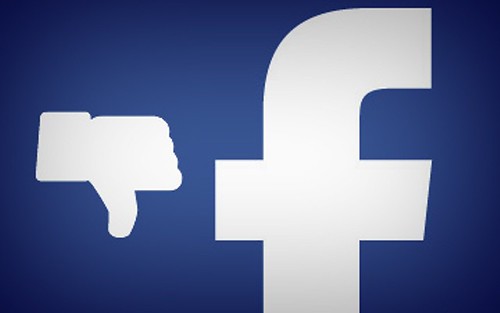 So, it appears that Facebook is down. Try to post an article to the site and you get a message that there's a problem. When I experienced this I thought that Facebook had finally gotten around to blocking my site. I was anything but alone. Many people thought the same as me. This tells me that Facebook could soon reach a tipping point where people of all ideologies don't trust and strongly dislike them, even worse than it has seemed.

I tried to post an article from OpEdnews.com from my computer. No luck.

I tried to post an article from OpEdNews.com from my mobile phone. No luck.

I thought of the news I received the other day that ZeroHedgefund.com had been blocked from posting content by Facebook. This felt like the same thing. But ZeroHedgefund.com had received a message that it had violated community standards. I wondered if the same thing was happening to my site. Was Facebook blocking posting because of some policy violation they'd cooked up?

I called our webmaster, he assured me this was happening at Facebook's end, not the fault of OpEdNews. So I went to Twitter to check and did a search on "posting to facebook." Sure enough, a whole lot of tweets like this came up.

RT @NBCMontana: Facebook users are facing problems with posting to the social sites on Wednesday, and the company has not yet said when the… at

But there weren't just postings that informed us that Facebook posting was not working. A lot of people were thinking that maybe it was their turn, that they were now ALSO being banned or blocked or censored by Facebook.

RT @niralvarsha9: What a crock of $hi,+. Facebook is blocking all Conservatives today. Won't let you post or respond. FB needs to be closed… at

Related Topic(s): Censorship; Facebook; Internet Censorship; Social Media Censorship, Add Tags
Add to My Group(s)
Go To Commenting
The views expressed herein are the sole responsibility of the author and do not necessarily reflect those of this website or its editors.