The FDA is investigating allergic reactions in "multiple states." The agency acknowledged the reactions may have been caused by PEG, a compound in the Pfizer vaccine that CHD previously told the FDA could put millions of people at risk. 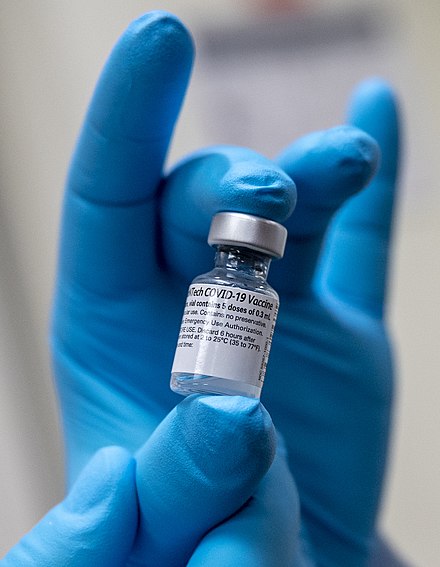 The announcement followed Friday's news that an Illinois hospital temporarily shut down its COVID vaccination program after four healthcare workers there experienced allergic reactions - one of which was severe - to the vaccine.

Also on Friday, CNN reported that a third healthcare worker in Alaska was hospitalized for six hours for an anaphylactic reaction to the Pfizer vaccine. The report came on the heels of last week's news that two Alaskan healthcare workers had severe allergic reactions - including one woman who was hospitalized for at least two nights after going into anaphylactic shock.

Anaphylaxis is a severe, potentially life-threatening allergic reaction that can occur within seconds or minutes of exposure to something a person is allergic to. If not treated immediately, it can be fatal, the Mayo Clinic explains.

According to Reuters and other news reports, the director of the FDA's Center for Biologics Evaluation and Research, Dr. Peter Marks, said polyethylene glycol (PEG), a compound in the Pfizer and Moderna vaccines, may have triggered the allergic reactions in the U.S.

The Pfizer and newly approved Moderna vaccines contain PEG. Both vaccines were approved by the FDA for emergency use, but are not yet licensed.

Lyn Redwood, president of Children's Health Defense (CHD), said there shouldn't be any mystery at this stage about whether or not PEG caused the reactions. "It's a simple blood test," Redwood said. "If they've tested the people who had these allergic reactions for anti-PEG antibodies, then they know. If they haven't, why haven't they?"

FDA's Marks on Friday also acknowledged that allergic reactions to PEG could be "somewhat more common than previously understood."

But, Robert F. Kennedy, Jr., CHD chairman and chief legal counsel, said: "As we t old the FDA in September, studies show that one in seven Americans may unknowingly be at risk of experiencing an allergic reaction to PEG."

"At the very least, everyone should be screened for anti-PEG antibodies before getting the Pfizer and Moderna vaccines," Kennedy said. "It is unconscionable that instead, the FDA and CDC are encouraging people to go ahead and risk a life-threatening anaphylactic reaction and just assume that someone will be on hand to save them."

Related Topic(s): FDA; Pfizer; Vaccines, Add Tags
Add to My Group(s)
Go To Commenting
The views expressed herein are the sole responsibility of the author and do not necessarily reflect those of this website or its editors.