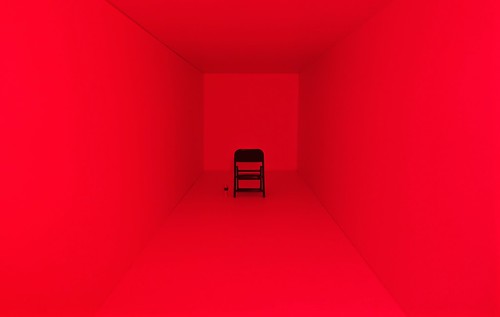 When I came of age in the 1950s and slowly began to think about life, I developed a strange feeling that the world is senseless, irrational, chaotic.

Forty million people had just been killed in World War II, and everyone said how noble and heroic it was. But the "Big One" was only the latest of thousands of gory wars stretching back before the earliest written records began. The number of wars is impossible to count. Honduras and El Salvador fought a 1969 war over a soccer match. England fought one with Spain in the 1700s because a British ship captain's ear was cut off by Spaniards. I wondered: Is this what people do to each other: send their patriotic young men to kill other young men who feel just as patriotic for the opposite side?

Also, I saw three-fourths of humanity praying to invisible spirits and hoping to go to magical heavens. All politicians invoked the gods. But there's no evidence that any of it is real. I thought: it's crazy to worship something that probably doesn't exist yet billions of people do it.

I saw breast cancer killing women, and leukemia killing children, and hawks ripping shrieking rabbits, and sharks slashing baby seals, and pythons crushing pigs and everyone said it was the divine plan of the all-loving, all-merciful Father Creator. Good grief.

I saw the cruel unfairness of life: how some are retarded, or blind, or abruptly ravaged by cancer, or killed by drunken drivers, or dragged down by wasting diseases, or paralyzed by strokes, while others are not. It's an incomprehensible lottery sheer luck: spin the wheel to see whether you'll have a long, healthy life, or die early in agony.

The universe doesn't care whether we live or die, or whether we're virtuous or sinful. Nature simply doesn't give a damn.

Our very existence is hit-or-miss. Some are born with high I.Q., in privileged white families in our rich modern society, and some are African pygmies in the jungle. I could have been born female, or gay, or black, or with cerebral palsy, or spina bifida and I wouldn't be the same person at all. And regardless how you're born, we're all doomed to age and sicken and die. That's our only equality.

Our lives are just brief blips in the enormous span of human history. We could have been prehistoric primates or medieval serfs or slaves in Dixie or people centuries in the future serving our short stays, then gone. Sometimes it boggles me to realize that people during the Crusades, or bubonic plague times, or the American Civil War, tried just as fervently to cope with their daily lives and problems as we do today. Then death erased them.

When a life is over, the question lingers: Was there any point, really? Was it all meaningless? What was achieved by the lifelong hassle of earning money, raising children, fending off illness, and finally succumbing? I guess the answer is: Each person's life is intensely real and vital to him or her while it's in progress then it ends. Afterward, did it really matter?

More irrationalities: I saw thousands of people pickling their brains with dope or staggering from alcohol or sucking tobacco smoke into their lungs for what purpose? Willfully damaging yourself makes no sense.

Most people seem logical and friendly and honest at a personal level yet, collectively, many are eager to plunge into war, or ostracize blacks, or shoot harmless deer, or send gays to prison, or get "saved" at revivals. Sometimes I feel like a visitor in a vast lunatic asylum, baffled as I watch goofy behavior.

That was my confused and bemused condition in the 1950s, when existentialism burst onto the world scene like a tidal wave of new thinking.

It said, yes, life is absurd and ultimately pointless. We find ourselves living lives, but we don't know why we are here. We are doomed to die without ever knowing why we were "thrown into the world." The only thing we have is our own individual lives, which are temporary. We exist period which provides the name, existentialism. We are "condemned to be free," to live inside our own minds and skulls, separated from others.

Related Topic(s): Existentialism; Personal; Philosophy; Secular, Add Tags
Add to My Group(s)
Go To Commenting
The views expressed herein are the sole responsibility of the author and do not necessarily reflect those of this website or its editors.