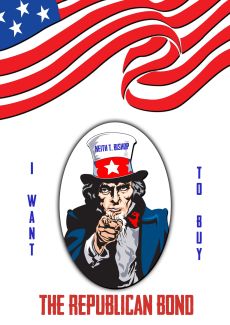 1787 compromise: neither Congress nor uninformed mobs, but an Electoral College elects our POTUS, when congressional staff snatches from the jaws of a tyrant's defeat, our 46th's paper Electoral College victory ballots, before a trumped mob guts our oldest branch of government - severing ties with peaceful transition, hoping: Heerrrrsss Donnie!

Reflecting on trumped Senators, Patrick Henry might revise, I know not what course others may take, but as for me, give me unity or give us 400,000 deaths, by presidential failure.

Too many chokeholds on American accountability to allow $15. Minimum wage for essential workers.

Too much Rand Paul intellectual imbalance for too self-absorbed Senate to relinquish too repetitive abuse of power.

Too much joshing around brandishing heil fist aloft, enabling too far gone on Cruz to treason.

Too many faux patriots allowed to, just walk on bye-bye, after too many blocked Guard from aiding and abetting too few Capitol Police.

Too little, checks and balances on too much costumed buffoonery. Too few remembering, only peaceful assembly need apply.

Too many electing Biden failing to feel the fear of too many maskless invaders. Too many, confusing pipe bombs with ballots.

Too miniscule knowledge of presidential pardon power, relegating too foolish with, the devil made me do it.

Too little enabling for, balance of power; too much desertion of sacred honor parchment, written by too many old white males bestowing too few freedom deserving generations with too minute Constitutional equality and justice.

Too little desire for amendments defending hued minorities against too much malice aforethought.

Who will pay the price for high crimes, in the wake of he who, thinking himself the second coming, gave rise again to secession confirming, too often and too long, we have been too little united.

What if unity is meant to be too high a road for too many to travel without first shinning a light for the too herd oriented who too willingly deny putting their own houses in order before attacking that chamber too often rented for too many services rendered?

When will, tight fisted money changers stop providing Paler worshipers cover charges at the altar of a Wall Street of ill repute?

Where are the proud boys and girls too wise to remain rooted in our historical self-imposed discontent?