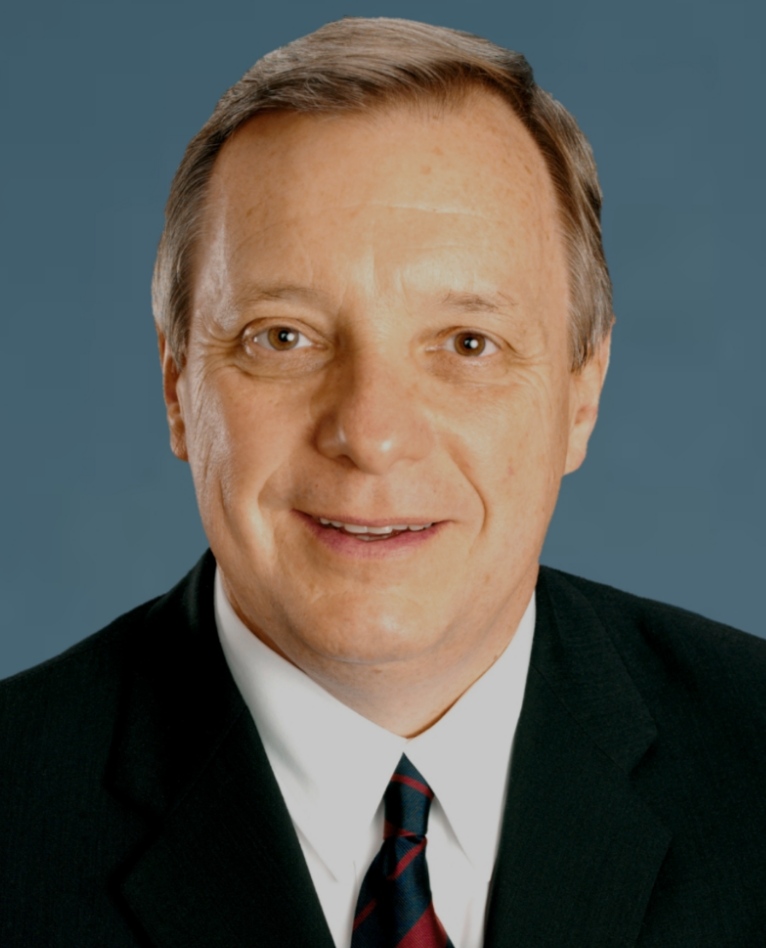 With Moveon.org and Credo reeling from Senator Schumer's (D-NY) announced opposition to the Iran nuclear deal, some grassroots Democratic Party activists are looking to Senator Dick Durbin (D-ILL) to put up his dukes to fight for the job as Senate Majority Leader, should the Democrats retake the Senate in 2016. Roll Call pundit Stuart Rothenberg predicts Democrats are likely to win control of the Senate because Republicans, who now enjoy a 54-46 edge, face an uphill battle defending 24 seats, including seven that twice cast their electoral votes for Obama and two (Indiana and North Carolina) that voted for Obama in 2008. Democrats, on the other hand, must only defend ten seats, eight of which are anchored in strong blue districts.

Former DC roommates, Durbin and Schumer have taken divergent stands on war and peace, with Schumer, former head of the Democrat Senatorial Campaign Committee, voting for the Iraq War Resolution in 2002 and opposing the Iran Nuclear Deal with mind-bending statements like, "" it seems to me when it comes to the nuclear aspects of the agreement within ten years, we might be slightly better off with it. However, when it comes to the nuclear aspects after ten years and the non-nuclear aspects, we would be better off without it."

Durbin, a former trial lawyer and now Senate Minority Whip, voted against the Iraq War Resolution and is mobilizing votes to thwart a Senate 2/3rd (67 votes) over-ride of President Obama's anticipated veto of senate efforts to block the nuclear deal. Durbin writes, "I commend our negotiators for this critical effort. Finding a diplomatic solution will make our country, our allies, and the world a safer place."

Initially, Durbin said he wanted the job of Majority Leader but then last spring Schumer leapt to the front of the line with retiring Senate Minority Leader Harry Reid's blessing. In the wee hours of the morning, Durbin reportedly shook Schumer's hand and wished him luck, but what happened next is unclear. The National Journal reports the Durbin camp claimed Schumer promised to endorse his former roomie to become Senate Majority Whip in exchange for Durbin's support for Schumer to become Senate Majority Leader. The Schumer camp denied such a deal was made, perhaps looking to Washington Senator Patty Murray (or Elizabeth Warren?) to become the Party's Whip when the Democrats make a comeback.

This rivalry over which Democrat becomes the next Senate Majority Leader is a fundamental fight over policy -- diplomacy vs. war -- albeit with political repercussions from the Party's disciplinarians. This is not a playground mini-brawl between two overachievers looking to land on the last chair when the music stops.

In the latest challenge to this not-so-done-senate-leadership-deal, Moveon.org sent out an email blast and posted web announcements urging their 8-million subscribers to withhold campaign money from Democrats who oppose the Joint Comprehensive Agreement (Iran nuclear deal) and to lobby against committee leadership posts for the naysayers, as well.

MoveOn.org's Political Action Director Ilya Sheyman didn't mince words regarding Schumer's alignment with the American Israel Public Affairs Committee (AIPAC) and Republicans in opposing the President. "Our country doesn't need another Joe Lieberman in the Senate, and it certainly doesn't need him as Democratic leader. No real Democratic leader does this." Sheyman was referencing the former Connecticut lawmaker, a Democrat-turned-Independent following a near-fatal Primary challenge, who often cozied up to Republicans.

Marcy Winograd is a high school English teacher in the Los Angeles Unified School District. In 2010, she mobilized 41% of the Democratic Party primary vote when she ran as a congressional peace candidate challenging Blue Dog incumbent Jane Harman.
Related Topic(s): Durbin-Richard; Iran Treaty; Schumer-Charles; Senate Majority Leadership, Add Tags
Add to My Group(s)
Go To Commenting
The views expressed herein are the sole responsibility of the author and do not necessarily reflect those of this website or its editors.