The free market economy has pushed the American population to the brink. 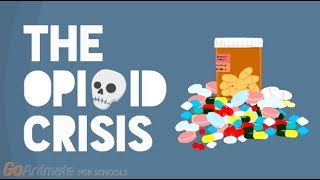 There's no foreign invasion. No war within its borders. No one to blame but ourselves. How then, is America killing Americans?

Most reports point to three things: drugs and alcohol, guns, and despair.

There is also fat. Statistically, it is more important, but oddly, it is not often included in discussions about the decline in life expectancy.

This last decline is from 78.7 years of life to 78.6. That does not sound terribly frightening. One-tenth of a year. One month and one week less to live. However, it has gone down for three years in a row, which has not happened in more than 100 years. The last time life expectancy went down was during World War I, when apart from deaths at the front, the US suffered an influenza epidemic that killed 675,000 people.

Is it just the US?

Over the last quarter of a century, the lifespans in all of those countries have gone up. People are living four to five years longer, except in the US, where it has only increased by 3.7 years. Actually, the US fell into last place in life expectancy in 2001 and the gap has been growing since. The Germans, the next lowest on the list, get to live almost two years longer than the Americans. The Japanese make it to 84 -- or almost six more years.

Guns killed nearly 40,000 Americans in 2017, according to official statistics, which only counts cases if guns were "the principal cause" of death but not if they only "contributed" to it; that is 4.43 deaths per 100,000. By contrast, the death rate from gun violence in Japan and the United Kingdom is 0.04 and 0.06 respectively.

About two-thirds of all gun deaths in the US are suicides. This tells us there is plenty of despair. It has gone up by 33 percent in the last two decades while the global suicide rate has declined by 30 percent in roughly the same period.

Then there is fat.

The US is one of the most obese nations in the world, second only to island nations and Kuwait. It is listed as having an obesity rate of 36.2 percent. Most of the Western European countries have a rate of 20 to 25 percent.

Related Topic(s): American Capitalism; American_Apartheid; Decline; Despair; Drugs; Guns; Obesity; Suicide, Add Tags
Add to My Group(s)
Go To Commenting
The views expressed herein are the sole responsibility of the author and do not necessarily reflect those of this website or its editors.