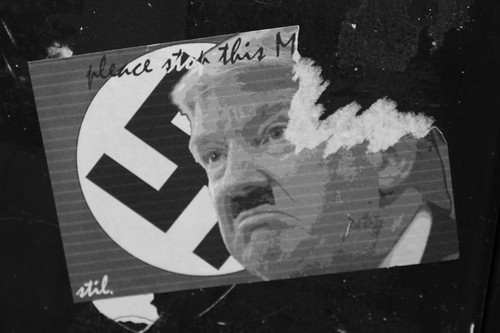 WHEN ADOLF HITLER came to power, after the Nazis had shut down all of Germany's independent newspapers and magazines and ended press freedom in the country, Hermann Ullstein, a member of a highly regarded German publishing family, fled to New York and wrote a penetrating memoir of the rise and fall of his family's media empire. His father, Leopold Ullstein, a Jewish newspaper dealer, had founded Ullstein Verlag, the family publishing house, which at its pre-Nazi peak owned some of Germany's most important publications, including the Vossische Zeitung newspaper. But when Hitler stole their press holdings, Hermann Ullstein and other family members fled, and by World War II, the Ullstein presses were being used to print Das Reich, a newspaper created by Nazi propaganda minister Joseph Goebbels.

From his refuge in New York, Hermann Ullstein wrote critically of the failure of the German press to confront Hitler more aggressively when it still had a chance -- before he came to power. In his 1943 book, Ullstein chastised the mainstream press in Germany for being too cautious in the pre-Nazi years, especially in comparison to the aggressive right-wing media that was rising during the late 1920s and boosting Hitler's political fortunes. He lamented the weak response of "the loyal press," his phrase for the pre-Nazi mainstream press "whose efforts were devoted to democracy, and whose failure was to a large extent due to mildness of language, to the tired and cautious spirit in which they fought."

Hermann Ullstein's criticism of the mainstream press of the pre-Nazi era would sound eerily familiar to anyone following the American media today as it tries to confront Donald Trump. Trump has repeatedly castigated the American press as "the enemy of the people" and has brought his political supporters to such a crazed pitch that many of them now consider journalists to be traitors. Some of Trump's backers even seem to think that physical attacks on reporters are acceptable.

Read the rest of the article here: Theintercept.com

Related Topic(s): Fascist; Freedom Of The Press; Oppression; Repression, Add Tags
Add to My Group(s)
Go To Commenting
The views expressed herein are the sole responsibility of the author and do not necessarily reflect those of this website or its editors.