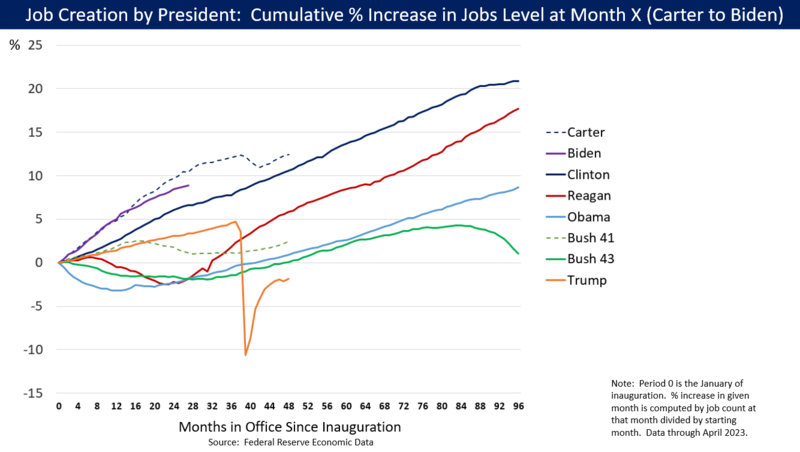 That was all I needed to be inspired to write this article. It's based on a really simple premise. There is good reason NOT to believe any of the numbers that come out of a government agency with a Trump appointee.

Trump cult members might call my observation Trump Derangement Syndrome. But I'd argue that it takes a cult member to believe a chronic serial, psychopathic liar like Donald Trump-- or the agencies run by people he's appointed.

We know that by the end of the first year of his presidency he had purged people who were not totally "loyal" sycophants, or was on the way to purging them. We know that people who took appointments from him sold their souls and made a decision to throw away their integrity and reputation to take a job in his administration.

So it comes as no surprise that the Labor Department changed the way they do the numbers. This is one case among many. Why should we believe any of the numbers that Trump's agencies report? The CDC reports Coronavirus statistics. Why should we believe them when the CDC has clearly been corrupted, rushing vaccines to market before the vote in November, announcing that people exposed to Covid-19 no longer need to be tested unless they have symptoms.

Why believe Dept of Agriculture appointee Sonny Perdue ? Wikipedia reports that he " hired 22 former Trump campaign workers, many of which had no significant agricultural knowledge or experience with federal policies" and under his leadership, "the USDA has been accused of suppressing scientific publications for political reasons. Economists in the USDA's research branch were told to include disclaimers in their peer-reviewed publications stating that the findings were "preliminary" and "should not be construed to represent any agency determination or policy"

Then there's Defense Secretary Mark_Esper, a former defense industry lobbyist. and Secretary of Education billionairess Betsy DeVos , Wikipedia reports she told Roll Call, " My family is the largest single contributor of soft money to the national Republican Party. I have decided to stop taking offense at the suggestion that we are buying influence," she wrote. "Now I simply concede the point. They are right."

Trump is a mass-murdering psychopathic POSPOTUS who will go down in history as monster. His supporters will be put in the same category as Hitler's, Mussolini's, Pol Pot's and Calagari's supporters.

Related Topic(s): Donald Trump Lies; Trump; Trump Appointee, Add Tags
Add to My Group(s)
Go To Commenting
The views expressed herein are the sole responsibility of the author and do not necessarily reflect those of this website or its editors.