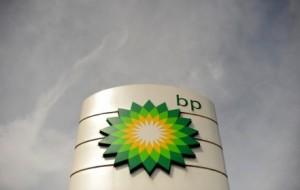 The oil spill in the Gulf is on track to surpass the Exxon Valdez as the worst environmental disaster in U.S. history. That doesn't bode well financially for BP, and it doesn't bode well politically for the drill-baby-drill crowd. So how has the far right responded?

By trying to blame it on "eco-terrorists."

Rush Limbaugh, after reminding listeners that "Al Gore urged young people"to engage in civil disobedience to stop the construction of coal plants," speculated that the explosion was the work of "environmentalist wackos":

Now, lest we forget, ladies and gentlemen, the carbon tax bill, cap and trade that was scheduled to be announced on Earth Day. I remember that. And then it was postponed for a couple of days later after Earth Day, and then of course immigration has now moved in front of it. But this bill, the cap-and-trade bill, was strongly criticized by hardcore environmentalist wackos because it supposedly allowed more offshore drilling and nuclear plants, nuclear plant investment. So, since they're sending SWAT teams down there, folks, since they're sending SWAT teams to inspect the other rigs, what better way to head off more oil drilling, nuclear plants, than by blowing up a rig? I'm just noting the timing here.

Former FEMA Director Michael Brown has also said that environmental activists could be the culprits:

"I think it's a possibility clearly" This plays right into the real policy of this administration, which is "we hate big oil, we hate off-shore drilling and now we have an excuse not to do it.'"

This is, of course, complete garbage. BP officials have said the explosion was caused by a failed piece of equipment. And the "SWAT teams"? Right-wing bloggers noted that the Interior Department was speaking metaphorically about a team of inspectors.

Nevertheless, the eco-terrorism conspiracy theories are running wild. Tea Party bloggers have caught on to it, as have Sean Hannity fans.

In making these comments, Limbaugh was not giving voice to what his average listener was thinking. Regardless of where they are on the political spectrum, no reasonable person could see this unprecedented environmental destruction and think, "You know who must be behind that? ENVIRONMENTALISTS!"

So what's really going on? The comments by Limbaugh and others are an attempt, however absurd, to do two things:

Will Potter is an award-winning reporter who focuses on how lawmakers and corporations have labeled animal rights and environmental activists as "eco-terrorists." Will has written for publications including The Chicago Tribune, The Dallas Morning News and Legal Affairs, and has testified (more...)
Related Topic(s): Ecoterrorism; Oil Spills; Oil Spills And Environmental Disasters; RIght Wing Lies; Rush Limbaugh, Add Tags
Add to My Group(s)
Go To Commenting
The views expressed herein are the sole responsibility of the author and do not necessarily reflect those of this website or its editors.