The international controversy roiling around the terse termination of an outspoken, popular ambassador by the Chairman of the African Union Commission accelerated recently after issuance of the first written statement from that ex-ambassador.

That five-page statement from now former AU Ambassador to the United States, Dr. Arikana Chihombori Quao, is captioned "Rebuttal of the Malicious and False Allegations" made by Mahamat. The Quao statement declares Mahamat "embarked on a smear campaign" against her that includes charges of various improprieties. 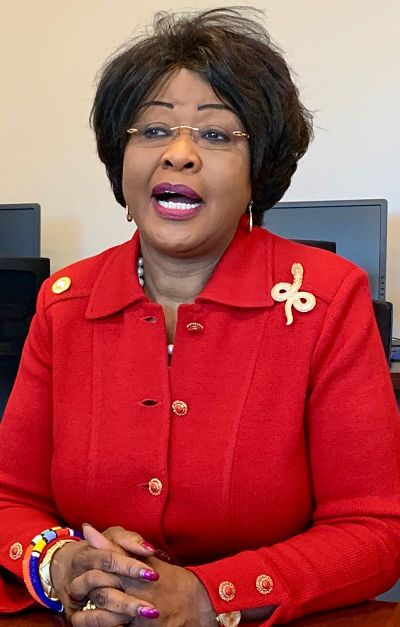 Dr. Quao, a physician, wrote in her Rebuttal, "I took a virtually unknown Mission and turned it into a vibrant well-respected Mission in Washington DC. I accomplished all this with limited staff and resources." (Spokespersons for Mahamat did credit Quao for fulfillment of a mandate of her ambassadorship: to increase support for the African Union among the African diaspora in the Americas.)

Prior to issuance of Mahamat's charges in a November 15th Communique, he proclaimed that Quao's removal was not a reaction to her public critiques of ravages across Africa from European neo-colonialism. Quao particularly pinpointed policies/practices by France that siphons billions annually from the African continent. France's former African colonial empire included Chad, the country where Mahamat once served as Prime Minister.

Countering Mahamat, many around the world see Quao's searing critiques of continued Western exploitation of Africa and her Pan-African advocacy as factors in her removal from the ambassadorship she'd held since 2016.

Jerry Rawlings, the former president of Ghana, tweeted a statement that linked Quao's removal to her critiques. Rawlings stated her removal "can best be described as coming from French-controlled minds."

Curiously, Mahamat did not claim Quao had engaged in numerous instances of misconduct until nearly forty-days after he terminated Quao in a letter issued on October 7th.

Mahamat's belated charges against Quao conflict with praise for her tenure as AU's representative in the United States contained in Mahamat's Oct. 7th termination letter.

Curiously, that letter contained no explanation for the termination.

And, curiously, Mahamat's charges against Quao were not mentioned upon competition of a ten-day audit review of Quao's office in Washington DC conducted in mid-October by a six-member Transition Team Mahamat sent.

Quao, in her Rebuttal stated she responded to all questions raised by the Transition Team and provided all requested documents. That team issued a Clearance Form, signed by Team members and Quao, that listed no problems.

Related Topic(s): Ambassador; Diaspora; Empire; Exploitation; Ousted, Add Tags
Add to My Group(s)
Go To Commenting
The views expressed herein are the sole responsibility of the author and do not necessarily reflect those of this website or its editors.