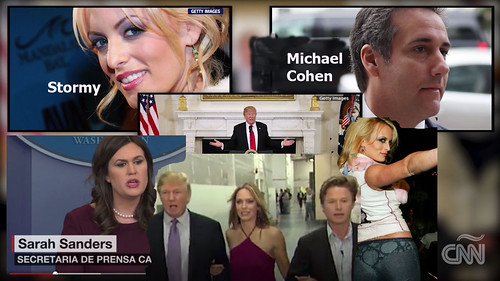 For how many years have Bernie Sanders as well as Progressives been advocating for a single payer system or "Medicare for All?" For how long have they been championing the elimination of fossil fuels in a laudable effort to save the environment for our children and grandchildren? One would think that they would be experts on both subjects by now, but to the contrary, they have been too busy trying to fit these issues into their handy dandy "perfect" ideologies. As for healthcare, they have proven to be oblivious to any ideas on the subject except their own. They have never suggested or tried to organize a healthcare summit, inviting and challenging various healthcare advocates such as ex Senator Coburn from Oklahoma, Howard Dean, ex governor of Vermont, Mr. Leavitt from the G.W. Bush administration, Senator Rand Paul, as well as other worthy panelists. That is, of course, how legitimate advocates for healthcare would do it!

Instead, all I see from so called "Progressives" and, of course Bernie, are different ways to raise enormous overpayments to further expand a bloated Medicare system that already wastes more than 250 billion tax dollars per year in "tribute" to Congress's most favored lobbies. Their attitude is insulting: "We can meet next Thursday, guys and gals, and knock out a plan in a few hours and then we can all go home." If Bernie and Progressives are that lazy, at least they could study some successful Scandinavian healthcare plan to see what it is that makes it successful. Personally, I am in favor of a single payer system while preserving private insurance as a backup, eventually, that is, having written numerous articles on both the clear economic advantages as well as the heinous political, legal, and medical difficulties involved. I predict that someday we will, indeed, adopt some form of "Medicare for All," but not until our backs are against the wall and it is the only affordable option we have left.

As for eliminating greenhouse gases, when was the last time Bernie or Progressives "put their money where their mouth is" and prepared a plan for realistically transitioning to clean, renewable fuels? Think it's easy? It's much easier to complain about it and leave the "dirty work" to those used to doing it. Think it can be done without enlisting oil, natural gas, fracking and nuclear energy companies and experts in addition to environmentalists? Unfortunately, I repeat, no matter how well meaning and desirable an ideology may be, none of them are perfect. There are times when one cannot afford to turn the other cheek, nor love one's enemies nor destroy wealth and raise taxes to better distribute wealth just because one is too lazy to use one's brain.

Here again, Bernie and Elizabeth Warren, both of whom I admire for their intestinal fortitude and real dedication to the working men and women of this country, seem to be saying that we must destroy wealth creation in order to more fairly distribute wealth!!!! Where were they some years ago when Barack Obama suggested lowering corporate tax rates (a regressive tax by definition) and there were those of us who recommended virtually eliminating corporate taxes for companies willing to substantially raise workers' wages? This could have generated far more tax revenue while more fairly distributing wealth without raising tax rates. Sherrod Brown, one lone Senator from Ohio finally joined our ranks recently, but not until Republicans had already gutted corporate taxes without raising wages at all.

Again, ideologies are a dime a dozen and cannot replace original thinking. Squeezing everything into a dilapidated ideology box always necessitates misleading and lying to people. It goes for religious as well as political dogma. I have frequently found myself at odds with the "Progressive" movement, which at times, I have been forced to call a psychiatric term. This is not because I disagree with most of the movement's goals, but because for a political movement to be successful it must have some idea of "how to get from here to there!" The progressive ideas of Bernie Sanders and even Elizabeth Warren can be found currently "wandering the streets." That is why so many Democrats breathed a sigh of relief when Amy Klobichar did well in New Hampshire and even when Mike Bloomberg so awkwardly entered the presidential fray, hoping that one of them could actually "lead the way." Frankly' I believe it is time for Bernie to give up his presidential aspirations. The longer he continues, the more he will be identified as the face of the party, fortunately a delightful human being, but unfortunately lacking the knowledge and foresight to be president in our greatest hour of need. Meanwhile, he needs to persuade his followers to vote for the eventual Democratic candidate, something he failed to do in the last election.

As for the more moderate candidates, none of them have proven that they know much more than Bernie or more extreme progressives do about healthcare or transition to renewable clean energy sources or virtually anything else. I believe it is time to hold them to higher standards as well. This means that they must not only be more knowledgeable, but they must be able to convince voters of that fact. Bill Clinton and Barack Obama were quite skilled at explaining their points of view, not only because of their mastery of the subjects, but because their views were usually elementally logical! In fact, in my entire life, I have never seen a candidate as well versed in the issues as was Hillary Clinton. Unfortunately, I winced in severe pain every time she echoed the advice of her incompetent campaign supervisors and referred people to her "acursed" website. Nobody goes to those websites except to be annoyed or use a credit card for a donation. I wince when Amy Klobuchar, perhaps the most informed of the candidates, refers people to her website instead of explaining things when she has the chance.

My last concern is that given the clearly fascist intentions of this president, many Democrats are ready to take off the gloves and to abandon "political correctness." To be accurate, I feel that Trump has officially turned the White House into his personal brothel, employing his lackeys, both men and women, to turn political tricks. However, I believe we must be careful not to take out our frustration on relative "good guys," that is fellow Democrats and "moderate" Republicans, understandably terrified by mobsters Trump and McConnell's threats to utterly destroy their states. At some point we may need these people as allies. Believe me, it is only the OpEd News editors' advice in the past that is keeping me personally from using off color terminology in reply to tweets by certain Republican politicians.

Related Topic(s): Democratic Candidate Electability In 2020; Democratic National Committee; Democratic Party; Democratic Party Strategy; Democratic Policy, Add Tags
Add to My Group(s)
Go To Commenting
The views expressed herein are the sole responsibility of the author and do not necessarily reflect those of this website or its editors.