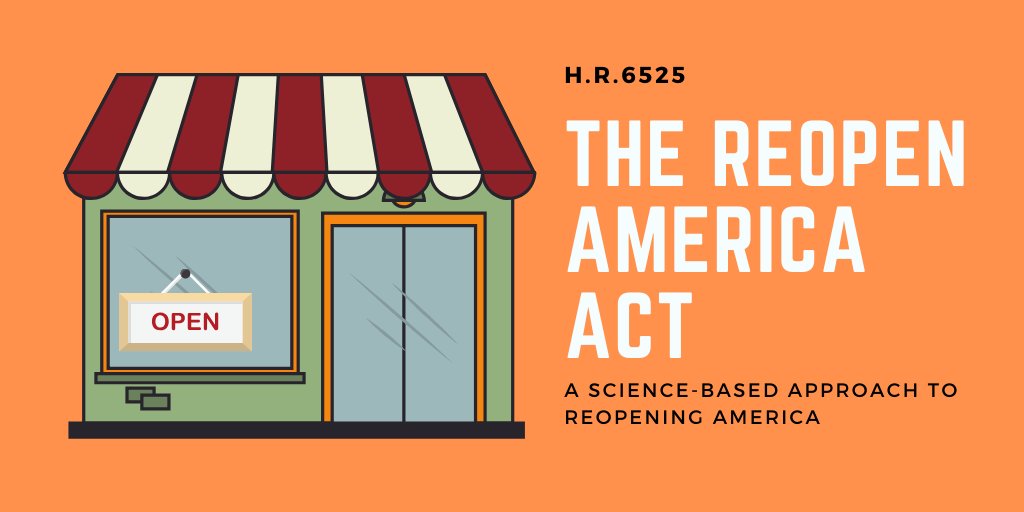 I hope people will see this critically needed act and support it.

It is all too clear that Trumps ignorance and total abdication of responsibility and lack of a real plan will cause chaos. I mean Trump changes positions daily... he even takes both sides of issues at once. He was praising the WHO a couple weeks ago and then his ignorant scapegoating led him to blame the WHO. He finally declares an emergency and calls for shelter in place... then the next day he calls for his gun totin' supporters to continue attacking democratic governors for trying to order them to stay home. He claimed he was all powerful and would call all the shots... the next day he abdicated responsibility and said governors were responsible for acting. So since it is obvious don-the-con has no plan or idea how to lead... he needs to stop obstructing, making excuses, blaming others, confusing Americans and killing us with his idiocy. THIS IS A SCIENCE BASED logical plan. If we are going to control this pandemic and save lives, we all need to support this act. It was suggested that if it was named the "Trump is the best president ever act" he might support it. #covid45

Love learning. Hate stupidity and intolerance. First let me say that I am not a professional writer, although I have written a couple of screenplays and even sold one some years ago. I am however a professional actor and a member of the screen (more...)
Related Topic(s): America; Blame; Chaos; Death; Death Civilians; Democratic; Governors; Ignorance; Other; Pandemic; (more...) People; Responsibility; Science; Trump, Add Tags  (less...)
Add to My Group(s)
Go To Commenting
The views expressed herein are the sole responsibility of the author and do not necessarily reflect those of this website or its editors.