Click Here to Remove All Ads
If you have stayed informed, you know we are at a tipping point for the survival of our democracy. 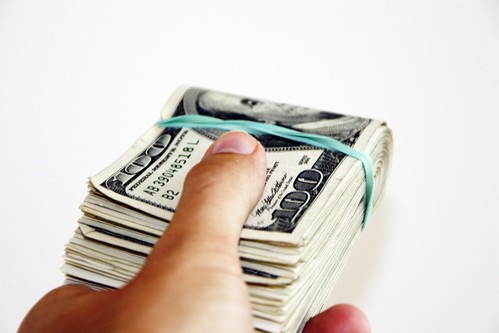 As I read that Trump has once again won "lie of the year" for his claim that the Russian investigation is a "made up" hoax, I wondered if Politifact had considered giving the title to the entire Republican Party. I mean they have for several years employed outrageous lies like Benghazi and selling children into slavery out the back door of a pizza shop to whip up their paranoid, under informed base. Couple that with Trump and Republicans latest claims that the tax cut bill will help the middle class (a proven lie) and Trump moaning his claim that it will hurt him and his rich friends, all as they push to lower the top rate by 3% and do nothing to close the loop holes that allow many corporations to pay no taxes, and you understand why they all deserve to win awards for lying. Of course Fox News is always a favorite for repeatedly spewing lies they never bother vetting, or their gleefully joining Trump's vile assault on the Mueller investigation to help stop America from learning the truth of the Donald's traitorous links to Russia and their colluding to undermine our democracy. With so many obvious and dangerous lies, Politifact must have had a devil of a time choosing.

The lurch to the right by Republicans is an on-going thing however. Trump is not the architect of the "big lie" approach used by the GOP... he is the inevitable result. He simply used his racist leanings and created the "birther in chief" character and quickly attracted every racist, nazi, paranoid, disenfranchised white person in America to his MAGA clown show. "He rode to power on the wings of a lie. A racist lie". - Bill Moyers

To be fair, we must credit our p*ssy Grabber-in-Chief with helping power the "#Me too" movement. As we watch men in powerful positions fall due to their sexual harassment and assaults on women, we are acutely aware that our president has bragged about his sexual assaults and has at least 15 women who have made accusations against him. Most Americans are angry that so far he has been given a pass. But his sick attitude and denials have only managed to shine a brighter light on these problems. There is now a push to get rid of the house slush fund that secretly settles assault cases against elected officials using taxpayer dollars. Oh and it has been reported that between 10 and 20 more elected officials will fall before this is over. It is to be hoped justice will find its way to the White House. Good job Mr. President.

Let's return for a moment to Trump's "big beautiful amazing" tax cuts for the rich, which he and Republicans claim is actually a middle class tax cut (another big beautiful lie) and will "pay for itself". They claim their 'help the rich' bill will magically somehow, eventually trickle down to the little people. I hope this lie was a contender for "lie of the year" also. If you are even minimally informed, you know Wall Street and the super-rich are doing amazingly well. It is income inequality which is the problem facing us and has damaged the middle class and the poor and that desperately needs fixing. Yet the GOP plan will massively benefit mostly the wealthy (like Trump) the very people who least need help, while it will add well over a trillion dollars to the national debt and will raise taxes on many average Americans, according to every nonpartisan assessment such as the CBO, Penn Wharton (Trump's school) and the Tax Policy Center. But not to worry, if there is a shortfall, the Republicans have a plan to pay for it, because their bill automatically cuts Social Security. and Medicare benefits and takes healthcare from 13 million Americans by cutting subsidies for the Obama Care Individual mandate. This will also raise premiums on ACA healthcare plans by between $2,000 and $3,000 per year for insured families. Aaah well, we can take solace in knowing the Donald will probably save a billion or two. Seems Trump and his GOP storm-troopers are determined to take the Obama economy he inherited, which produced an impressive recovery from the Bush recession (including record Wall Street highs) and pass a bill almost guaranteed to bring it all crashing down.

We all need to come to grips with the very real fact that we have a dangerously ignorant, unstable, insecure con-man as president who just wants a win (consequences be damned) and to be told how wonderful he is and how much better he is at being president than his hated Obama. Unfortunately his favored tactic when caught lying or doing something corrupt or stupid is to distract. So as the Mueller investigation closes in, you can be sure he will create a huge distraction by something like either firing Mueller or possibly starting a war. He is already speaking of pardoning Flynn, let's hope Flynn has already flipped and Mueller is locked and loaded. No matter what direction the unstable POTUS lurches, you can be sure of two things. The amoral Republicans in the congress will back him and the results will be anarchy.

Love learning. Hate stupidity and intolerance. First let me say that I am not a professional writer, although I have written a couple of screenplays and even sold one some years ago. I am however a professional actor and a member of the screen (more...)
Related Topic(s): Democracy; Healthcare; Ignorance; Inequality; Lies; Lies Congress; Lies Republican; Lies Republican; Medicare; Obama; (more...) Power; Republican; Sex; Sex Scandals; Sexism; Sexual Harrassment; Taxes, Add Tags  (less...)
Add to My Group(s)
Go To Commenting
The views expressed herein are the sole responsibility of the author and do not necessarily reflect those of this website or its editors.