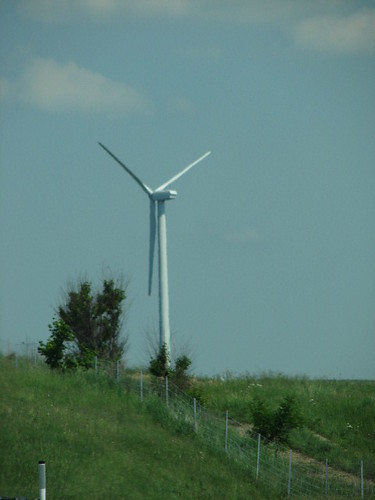 Texas governor Greg Abbott alleged that the massive power outages in his state demonstrated the unwisdom of moving to renewable energy, attempting to blame the crisis on the state's wind turbines. Like most of the things Republican politicians say publicly, this allegation was a lie.

The southern-most wind farm in the world, at Ross Island in Antarctica, has three functioning turbines.

We don't have to go so far to find wind turbines working well in wintry, icy conditions. Take those at Syracuse in New York. They are equipped with sensors to discover when the blades have iced over. They are then turned off and a heating package on the blade is turned on to melt the ice. When that is done, the turbine is started right back up. Of course, the sensors and heating element cost a little money to install and run. The investment makes more sense in New York. But such packages could be installed on the Texas turbines if the owners were willing to cut a little into their profits. Since Texas has a big winter storm as often as every five years, that might make sense. But, again, two-thirds of the Texas wind turbines were unaffected by the storm, and they fed in crucial power when it was most needed.

Some 42% of Iowa's electricity comes from wind, and that state has some pretty bad winters but no outages of the Texas sort. Fernando Garcia-Franceschini reports for ABC affiliate KCRG in Dubuque,

About a year ago, a disinformation campaign was waged on Facebook against solar panels and wind turbines in Germany, alleging falsely that severe winter weather impeded their operation.

I have solar panels in Michigan, so allow me to let you in on a little secret. Solar panels run warm, and they melt the snow. Of course if it is particularly heavy you can get a long-handled broom-like tool to wipe them clean. The panels work by transforming sunlight into electricity in accordance with a finding by Einstein. They aren't affected by cold.

Related Topic(s): Freezing; Solar; Texas Gov Greg Abbott; Texas Politics; Wind Power, Add Tags
Add to My Group(s)
Go To Commenting
The views expressed herein are the sole responsibility of the author and do not necessarily reflect those of this website or its editors.