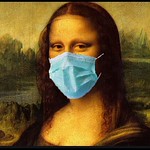 Although most of the nations in the world are experiencing a spike presently in COVID-19 infections and deaths, the United States is singled out as having the most negligent response among major nations, despite having a first-rate scientific community at its disposal. There may be many factors responsible for this inconsistency, such as the mere size of the country and the multiplicity of local governing authorities, but most blame is upon the negligence of the federal administration to impose and coordinate effective and timely controls.

There are two faces to the pandemic: the tragedy of sickness and death of hundreds of thousands, and the misery of job loss and economic insecurity for millions of people threatened with food deprivation and homelessness. Children may lose a year or more of their educational life. Each concern competes for priority of our efforts. To minimize the effects of the pandemic on the economy by keeping as many businesses and schools open as possible exposes the population to further spreading of the virus.

An unmeasured loss to those without jobs is the sense of self-worth and security that comes with having a good foundation of work in their life. We see images of people waiting in long lines of cars at food banks for bags of food. This should not be happening in a country as wealthy as ours. People should not be demoted virtually to beggars in this day and age, even with the on-going partial paralysis of the economy.

Food and shelter are the primary conditions for life. This is a given in the animal kingdom, and surely would apply to human society that values life. It is a failed and shameful government that does not secure these basics as a first priority. In a wealthy nation, the unemployed must not lose their shelter because of economic conditions beyond their control. People should not have to stand in line for bags of food while supermarkets are overflowing with victuals. Poverty is the measure of failure of society. Charity is the crutch for a sick society.

A twenty-first-century state should have a national insurance program to provide the necessities of life in emergencies without exceptions, without demeaning the recipients. The concept of a guaranteed income is being tossed around, but certainly would be appropriate as a temporary measure in times like these.

Looking beyond the present pandemonium, many observers anticipate the economy to recover to pre COVID-19 conditions within a year or two after distribution of pending vaccines. But will the world ever be the same - and do we want it to be the same? Aside from the permanent losses of families, there are growing environmental disasters and social disorder for which we are not prepared that will undoubtedly alter economies and life-styles throughout the world. The Earth is becoming the junkyard of our civilization.

To contend with these phenomena, fundamental changes may come about to time-hallowed concepts of economics and government. I have attempted to picture these necessary changes in the two-part essay "The Case For Human Economics" (posted here on December 16, 2016) and part 2: "Do We Really Need More Jobs?" (posted on December 13, 2016) from which the preceding excerpt is taken.

Related Topic(s): Corona Virus Coronavirus Covid-19; Food; Homelessness; Tragedy, Add Tags
Add to My Group(s)
Go To Commenting
The views expressed herein are the sole responsibility of the author and do not necessarily reflect those of this website or its editors.