(The following story, and the story embedded within the story are both fiction.
The poem is my own --JJM)

I've been reading the Twenty Cases Suggestive of Reincarnation. "Suggestive" is quite an understatement, and that's as it should be, for such a fraught topic. Children know details from the life of someone who died before they were born. Sometimes it was far away, in another culture speakig a different language. The parents had no connection, no way they might have known through ordinary channels of communication. A two-year-old who broke into Spanish to describe the bayonet combat that killed her alter-ego, Miguel, in the Civil War in 1938. A boy with nightmares about trains and a jagged birthmark on his scalp, at just the site where a small boy had suffered a fatal gash when his schoolbus was run down by a freight train in Lamont, Alberta 1960。 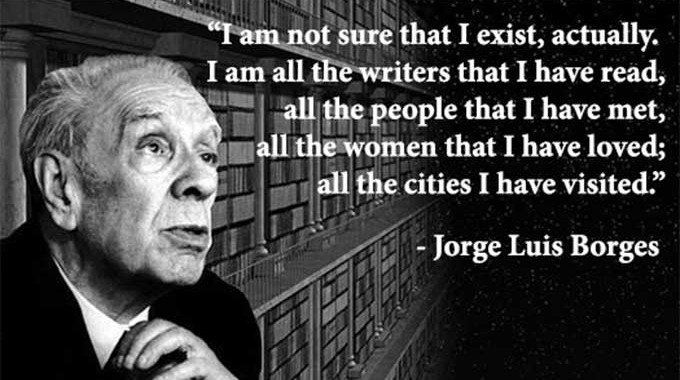 I try to make a coherent story of reincarnation, but I can't. It's not just that there are too many souls nowadays compared to all the people who have lived in the past. That problem could be remedied by animals who are promoted (?) via transmigration into our booming, rapacious species. But most people (myself included) don't come into the world manifestly laden with baggage from a previous life. Rather, Jung's collective unconscious rings true for me. Just as we carry genes inherited from a thousand distinct ancestors (counting back just ten generations) it seems to me we may come into the world bearing the legacies and stories and passions of so many bygone souls.

No, I can let the Twenty Cases knock me off my chair, and still conclude that one-to-one reincarnation is the exception. If we credit the channeled wisdom of great sages from every mystical and shamanic tradition, we will be open to the precept that our souls are buds from one Oversoul. We break off and experience the tortured life of separation for one short stint, then we return to the Oversoul.

We come into this world awash with tears,
Mourning our incipient separation--
And soon we age and leave it, mired in fears,
So loathe to part with individuation.

The waves that crash, the foam atop the seas,
Disguise the ocean, fathomless, profound--
And when that water splinters into me's,
Myriad ephemeral droplets abound
And frolic in a mist one glorious trice
Fall terror-bound back in the womb, coalescing,
Rejoin the life that once was all they knew"

Perhaps our fear of change provides a clue
Why human arts nor nature's quite suffice
To sustain appreciation of our blessing.

As a logical being, as a student of the sages, I find it easy to accept this thesis. But it flies in the face of my experience. What can it mean to combine souls? Maybe it would be easier to accept if i were schizophrenic, or if I were subject to dissociative psychology. But as I am, I go through life thinking I'm one person, separate from you, quite separate even from my brother and my wife, and all the sages in history are hard put to convince me otherwise. And isn't it exactly my felt experience that this philosophical speculation is supposed to account?

I've read about mirror neurons, and sure, I know what empathy feels like. When you are flailing and screaming because you stubbed your toe, an echo of your pain runs through me, but it's pretty abstract, pretty distant compared to a stubbed toe of my own.

"We are all one" comes from revered sources, from Lao Tsze to Jill Bolte Taylor. It's what I want to believe, but it seems so far away. How can I climb into this experience of wholeness and unity and dissolution individuality? How can I make it my own?

If I were an anthropologist, maybe I would arrange to spend a year in an indigenous community where people feel closer to each other and closer to nature as a result of their cultural heritage. If I had more faith in psychopharmacology, I might try psychedelic drugs. But I've had a lifelong fear of any kind of chemical meddling with my CNS. If I knew a guru who could grant me shaktipat, I wouldn't hesitate to ask, but I am too proud to be anyone's disciple, another soft spot in my temperament. Meditation? I've been doing it for years, and swear by the gifts it has dispensed, but cosmic consciousness has not been among them (for me). Meditation has been a rich but lonely pursuit.

I'm a writer. Epiphany! Maybe I can find a path into merged consciousness through writing a story. I'm thinking of Borges. He's the one who could evoke a whole world in a 4-page tour de force of his imagination. I'll become Borges for the day. I'll channel Borges, and I'll write a story about"about a consciousness that becomes entangled with another someone's consciousness.

Chang Yun is a student in Tianjin's largest public high scool. It's 2007, and the whole country is brimming with pride over the coming Beijing Olympics. They see it as a rite of passage, a benchmark that says China has arrived in the developed world, with the infrastructure to host a multinational event in style. It will be, above all, a media event that changes perceptions of China forever. Twenty years ago, China was one of the most backward countries in the world, with 95% of the population engaged in subsistence farming. Now China is hi-tech factory to the world, exporting more manufactured goods than the next seven nations combined. The rocket fuel that has propelled China from rice paddies to Superpower Heir Apparent was individual competition.

Yun is the fastest swimmer that any of his coaches has seen. He is raced against tag teams of the next fastest kids just so he can be prodded forward by someone alongside him, competition to bring out his best. In the Hebei Provincial competitions, he finishes nearly half a length ahead of his nearest competitor, and he does it in Backstroke, Breast stroke, Butterfly and Freestyle, more comfortable with any of them than the boys who specialized in one favorite stroke.

It certainly seems that the Olympics are Yun's destiny. No one can stop him. He is buoyed by the hope of his great nation; and, true to the stereotype, he knows how to work. Two hours in the pool each morning, three more after school lets out before dinner. Sprints and repeated sprints. His lungs grow so large he can cover 50 meters before he has to take his first breath. Endurance swims of 10K without a break become a routine. Lap after hypnotic lap for consistency of form. Like a Tai Ji master, or like a machine, he performs every stroke alike, photographically perfect replicates. Exactly two breaths, four pulls from his right arm and five from his left brings him each time to approach the wall for an optimal flip turn, and he is off for the next round.

Related Topic(s): Reincarnation, Add Tags
Add to My Group(s)
Go To Commenting
The views expressed herein are the sole responsibility of the author and do not necessarily reflect those of this website or its editors.