Last year, after the death of my mother, I discarded a great number of papers from her attic, and distributed keepsakes to friends and family. Among the contents of a khaki footlocker, my attention was drawn to a fragment of parchment, apparently torn from a much larger scroll, and covered with an unfamiliar cursive. I needed only to post an image of the writing on a listserve of classical linguists to find, within days, a Georgetown professor who volunteered to render its contents comprehensible to me. Reproduced herewith is the text that he returned to me the following day in an email attachment. It remains for me only to apprise the reader of a family tradition, according to which my mother's father's father was conscripted briefly at the close of the Great War, and was stationed in a region called at that time South Asia, which would correspond to present-day Iran or, possibly, Afghanistan.

In the nine and sixtieth year of my sojourn, I beg forgiveness of the Beloved and from my teacher, Govralendim Biri, the Annointed One, blessed be his soul. These sacred teachings which have been entrusted to me through the patient generosity of my teacher and countless teachers before him, I undertake herein to commit to writing. I do this in violation of tradition and of good sense, and in spite of the affliction that will most certainly attend any who read this scroll, now or in the distant future.

In rampant disregard of my reader's wellbeing, I separate these teachings and instructions for practice from the rituals and discipline that alone can render mind and body strong enough to contain them.

To you, my dear reader, I owe the deepest atonement; for I have opened a window, and it is certain that anyone who once observes reality through this window will be rendered mad, as madness is ordinarily reckoned. He will be unfit for the intercourse of human society, commerce, or any trade (though it may be that his innate capacity to till the earth will survive unimpaired). It is far less certain that to him will accrue any compensatory understanding, any wisdom or ascendance*.

Yesterday, alas, the pestilence has claimed the last of my three disciples, and being too infirm to commence undertaking the education of another, I have determined to assume the risk of transcribing my received heritage in written form. It is certain that this teaching will be the downfall of many a worthy soul. My loyalty is not to future scions of Allah, but only to the tradition itself, which might otherwise be lost. Accordingly, the reader--no matter how strong his constitution--is cautioned to seal this scroll and to read no further, or should he be determined to read on, most assuredly not to attempt the exercises described herein, lest he. . .

* The word here translated as "ascendance" is "جشن گرفتن", and in Sufi usage, it refers to a consciousness that includes remembrance of past lives and anticipation of future lives. 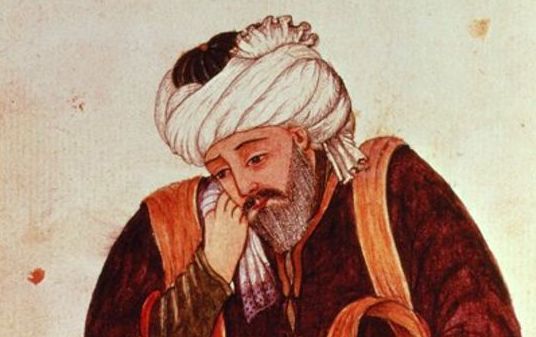 Related Topic(s): Fiction, Add Tags
Add to My Group(s)
Go To Commenting
The views expressed herein are the sole responsibility of the author and do not necessarily reflect those of this website or its editors.