First time visitors to the United States from Europe are often shocked by our dirty cities, crumbling infrastructure, poor people begging in the streets, militarized police and uncivil citizens. It reminds them of the films of the Old West they saw about America where the strong abused the weak and those with bigger guns imposed their will on everyone else.[tag] 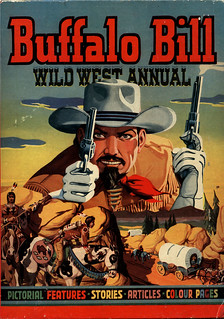 In reality, this cowboy nature of the United States goes much deeper than just what we see in the movies. It is embedded in our system of government, our foreign policy and almost all other aspects of our lives. Our history is full of examples of strong, individualistic people, similar to the cinematic cowboys of the movies who ventured West with their guns at the ready looking for treasure and adventure. Manifest destiny was their common belief; the church supported their program of freeing the land from the ungodly Indians.

Gun ownership is a sacred right of Americans enshrined in the second amendment of the constitution. Today in Texas, and several other states, you can carry a gun in public and use it for self-defense. Gun violence is embedded in America more so than in any other country. For example, every day in America three women are shot by their husbands, boyfriends, or persons with whom they had a relationship. And not a day goes by without the police killing someone for petty theft or some other minor crime.

Our culture holds up as heroes are those who win battles irrespective of the message involved. Recently, Americans flocked in record-breaking numbers to see a film described as "a patriotic, pro-family picture" about a sniper who claims to hold the championship record in killing Iraqis during the United States invasion of that country. Whether that was right or wrong, it did not really matter.

The U.S. military is now composed mostly of mercenaries for hire. There is no shared school system or common health care. Every state is for itself, and every person for himself. In a recent poll, Americans preferred freedom to security. The reverse is true for most Europeans.

In Europe, no major party, right or left, calls for shrinking the size of the state or reducing its influence. In America, the Republican Party constantly speaks of reducing the size of the government. It opposes social security and national health care. Americans in general are also less sensitive to the needs of the disadvantaged; many consider the poor as undeserving and unworthy. Police in the United States kill more people than in all other developed countries combined. The United States has the highest prison population in the entire world and the death penalty is still a shameful part of the legal system.

Discrimination against blacks and immigrants is also a remnant of the Old West's culture. Could you imagine a black man, or woman for that matter, living in freedom and dignity among the gangsters of the Old West?