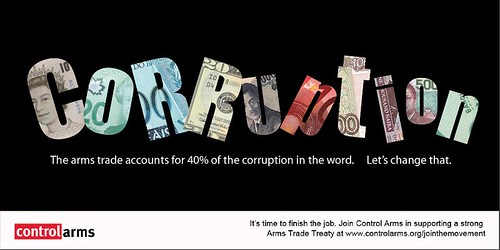 Corruption
(Image by controlarms)   Details   DMCA
I woke up this morning pondering how the Republicans are getting away with what they are doing to control the impeachment hearings and how the Democrats are not only going along with it but have just supported reauthorization of the Patriot Act behind the scenes.

I thought of Vine Deloria's chapter, "Conquest Masquerading as Law," for a book I edited in 2008 entitled Unlearning the Language of Conquest . Vine was referring to how juris prudence in the United States has been set up to sustain oppression and control of American Indians, Alaskan Natives and their lands. I contend that what we are witnessing today is an extension of such anti-Indianism.

The impeachment hearings are perpetrating a long-standing legal farce that pretends to serve justice. They continue the legacy of corruption in governance based on a blatant rejection of the non-hierarchical structure of Indigenous worldview in concert with the continuing desire to take over Indigenous lands and sustain the status-quo power and wealth divide.

Promotion of hierarchy in behalf of a dominant executive like Trump is in the fabric of Western civilization. In his article entitled "Without a Functional National Government, What's Left," James Fallows talks about the corruption of civic institutions and services responsible for the fall of Rome. He says his most relevant lesson for what is happening in the United States relates to how Congress has been delegating powers to the president over time, culminating in the Trump phenomenon.

Deloria's chapter reveals that this transfer of power in the hierarchal structure of American democracy has largely been supported by arbitrary laws and legal precedents put into place in ways similar to what happened in Rome. In the book, Corruption and Decline of the Roman Empire, MacMullen writes in a chapter entitled "Privatizing of the Public Office:" "The ill-defined authority given to those who administered the law therefore constituted an unintended increase in their power" (p. 148).

Thus Rome fell because of a system that ultimately promoted a top heavy hierarchal governing system. That it was also based on slavery is no coincidence when one considers the

influence of wealthy, greedy citizens and their capitalistic dependence on genocide, slavery and inequality in the "land of the free and the home of the brave." Nor is it a coincidence that an attorney wrote these words in 1814 for what became the national anthem of the United States in 1931. Francis Scott Key was serving as a District Attorney appointed by Andrew Jackson. Jackson's corruption and use of biased laws and legal manipulations, and whose treatment of the American Indian was genocidal, matches the profile of the Trump phenomenon in many ways. Key advocated in behalf of Jackson and was outspoken about the supremacy of white people, referring to Africans in America being the greatest evil that afflicts a community."

Such corrupt use of law in behalf of a powerful executive continues as I write this, revealing the sham battle between the Democrats and the Republicans relating to Trump's impeachment. The "due process," in spite of complaints, continues while the House of Representatives just reauthorized the draconian Patriot Act and only 10 of the most progressive Democrats voted against it and against the Pelosi's support for Trump's desire to retain the authority of the act. In his piece for The New Republic, Adler-Bell quotes Sandy Fulton of Free Press:

"Democrats are actively arguing that Donald Trump is unfit for office"

They've repeatedly acknowledge that he's a threat to our most vulnerable communities. And yet they're going to give him the Patriot Act?"

The answer to the question that is also the title of Adler-Bell's article, "Why the Hell Did Democrats Just Extend the Patriot Act?" is because corruption is masquerading as due process in behalf of maintaining the corporatized hierarchy. And because all of us continue to ignore our original ways of understanding and thinking about our place in the world that guided us for most of human history, a history prior to Greek and Roman civilization. A time before conquest masqueraded as religion and law.

Wahinkpe Topa (Four Arrows) is a professor at Fielding Graduate University. Former Director of Education at Oglala Lakota College, he is a made-relative of the Oglala and a Sun Dancer. Selected by AERO for their text Turning Points as one of 27 (more...)
Related Topic(s): Corruption; Democrats; Impeachment, Add Tags
Add to My Group(s)
Go To Commenting
The views expressed herein are the sole responsibility of the author and do not necessarily reflect those of this website or its editors.