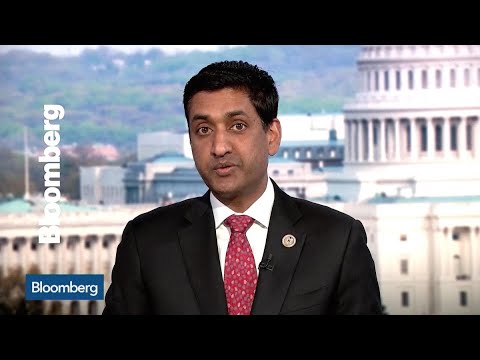 I want you to be among the first to know, Stephen: after a great deal of reflection and discussion, I'm honored to announce that I will be endorsing Sen. Bernie Sanders for President in 2020, and officially joining him as one of the four national co-chairs for the campaign.

The short reason is because there's no 2020 candidate with a vision as unapologetically progressive as Bernie's.

The longer reason is about his conviction, courage, and consistency. He's been a progressive champion across his entire, decades-long career. Even when it's made him unpopular with party leaders, wealthy donors, and powerful interest groups, Bernie has fought time and again for his constituents the American people.

Bernie has long understood that regular people in this country have been left behind by an economic and political system that grossly favors a few on top. While others are just now publicly coming around to these ideas for the first time, Bernie has been leading the fight against systemic inequality for years and years on end.

Here are some more examples:

And it's not just that Bernie has been on the right side of these important issues time and again; it's that he's brought the entire Democratic presidential field with him.The issues that are now front and center in this primary from labor rights to climate justice to criminal justice reform are the same ones that pundits and his peers dismissed Bernie for championing in 2016. Not only did he not let establishment opposition stop him, but he fought tirelessly to change the entire national conversation in just two short years.

I'm so proud to support Bernie's candidacy and truly humbled to be appointed as the campaign's National Co-chair. I'm even prouder of the amount of work we've all achieved these last few years - it's a testament to how much momentum our progressive ideas have. Now it's our duty to keep that up.

None of this is to say that I'm against any other candidates. I just believe that Bernie has the best, forward-thinking vision for this country, and the longest track record to back that vision up. That's why I'm supporting his campaign for president, and why I hope you'll join me in supporting him too.


(Rohit Khanna is an American academic, lawyer, and politician serving as the U.S. Representative from California's 17th congressional district, since 2017. Khanna also served as the Deputy Assistant Secretary in the United States Department of Commerce under President Barack Obama from August 8, 2009, to August 2011.Khanna accepts donations only from individuals and is one of only six members of the U.S. House of Representatives, and ten total members of Congress, who do not take campaign contributions from political action committees (PACs) or corporations. On February 21, 2019, Khanna was named a national co-chair of Sanders' 2020 campaign.

White House Business Council. Khanna resigned from the Department of Commerce in August 2011 to join Wilson Sonsini Goodrich & Rosati, a law firm located in Silicon Valley. His pro bono legal activity includes work with the Mississippi Center for Justice on several contractor fraud cases on behalf of Hurricane Katrina victims and co-authoring an amicus brief to the U.S. Supreme Court in the Mt. Holly case to allow for race discrimination suits under the Fair Housing Act of 1968.

As part of a pro bono legal team, Khanna filed an amicus brief on behalf of 13 of the country's leading social scientists in the Supreme Court case Fisher v. University of Texas at Austin. That brief included research that provided a deeper understanding of how a diverse educational environment benefits students and cited studies showing that race-conscious admissions policies used by institutions like the University of Texas result in a more diverse student body.

Khanna teaches economics at Stanford University and law at the Santa Clara University School of Law, and has taught American Jurisprudence at San Francisco State University. He wrote a book on American competitiveness in business, Entrepreneurial Nation: Why Manufacturing is Still Key to America's Future, which was published in 2012. Governor Jerry Brown appointed Khanna to the California Workforce Investment Board in 2012. Khanna served on the board of Planned Parenthood Mar Monte from 2006 until 2013 while on leave from the Obama Administration.)