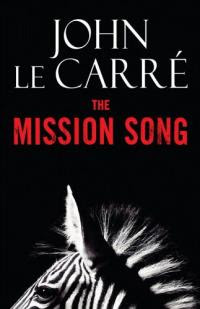 Shocked by the extreme violence of the LRA, MSF teams do not comprehend the inaction of the "blue berets" to protect the people. During the November 1, 2008, attack on Dungu, the UN blue berets remained holed up in their base. Furthermore, the MONUC contingent has never intervened to protect people in towns under attack, even as the attacks multiplied. The number of UN troops has remained virtually unchanged since their deployment in July, 2008, despite the dramatic deterioration of the situation. Medecins Sans Frontieres, 2-4-09

The disturbing stories that have come out of the Congo defy imagination: women and young girls being raped by militia men in front of their families; rape victims ranging from as young as six months to as old as 83 years; women and girls faced with unwanted pregnancies and raped intentionally by men known to have AIDS. There is also a devastating epidemic of women and girls whose vaginas and reproductive organs have been completely destroyed from being violated with guns, bottles and sticks, often resulting in a condition called fistula, a rupture that results in the uncontrollable leakage of urine and feces. The traumatized rape victims are then further stigmatized and ostracized by their families and communities. Women's Media Center, 2-7-09


For eight years, we had to endure the travesty of a regime in Beltwayistan that said the UN had to "be fixed" when what they really meant was that they wanted it to either be completely subservient to the regime's agenda of neo-con fantasies or simply dismantled.

Now, with committed professionals like Susan Rice at the UN and Samantha Power at the White House, perhaps we can indeed address the issue of "fixing the UN."

A good place for them to start (besides Darfur, of course), is to demand answers and action on this disturbing report from Medicines Sans Frontieres:

Tens of burned villages; hundreds civilians stabbed or clubbed to death; men, women and children abducted. The Lord's Resistance Army (LRA) continues to unleash violence against the people of Haut-Uélé. The intensity of this targeted violence against civilians has prompted the humanitarian organisation Médecins Sans Frontières (MSF) to denounce the UN peacekeeping force for its inaction with regards to protecting the population. ... Medecins Sans Frontieres, 2-4-09

And as a follow-up they could bring playwriter Eve Ensler's "Turning Pain into Power Tour" into the corridors of power, or at least sit in the front row when the event comes to D.C. (and bring the press with them):

With all the bad news facing the world right now, you might prefer not knowing the horrific details of these women’s stories. “Yes, it’s difficult to hear about,” says playwright/activist Eve Ensler, “but that doesn’t mean you shouldn’t hear.”

It is precisely because Ensler feels not enough people are aware of the atrocities taking place in the Congo that she, and her anti-violence against women organization V-Day, are going on the road this month, in a five-city U.S. tour featuring her in conversation with Dr. Denis Mukwege, a heroic gynecologist and the director of Panzi Hospital in eastern Congo who treats, performs surgeries and offers counseling to the women there. Together Mukwege and Ensler will expose the extreme cases of violence against women in the DRC -- to date an estimated 400,000 women and girls have been raped -- and relay the stories of survivors who are coming together and breaking the silence.

The “Turning Pain to Power Tour” -- beginning February 11th in New York City before moving to Los Angeles, San Francisco, Atlanta and Washington D.C. -- supports a joint V-Day and UNICEF campaign to expose the devastating impact of rape on Congolese women's health, their families and their communities. The organizations call for specific measures to end impunity for perpetrators and to economically and socially empower women and girls so they can lead in the prevention of sexual violence and in the rebuilding of a country devastated by conflict. Women's Media Center, 2-7-09

For a Words of Power Archive of Human Rights Updates, click here.

Richard Power writes and speaks on the 21st Century security and sustainability crisis. He is the author of five books. He has also delivered executive intelligence briefings and led professional training in over thirty countries. You can read his (more...)
Related Topic(s): Atrocities; Congo; Doctors Without Borders; Eve Ensler; Girls; Humanitarian; Rape; Samantha_Power; Susan Rice; UN United Nations; (more...) Violence; Women, Add Tags  (less...)
Add to My Group(s)
Go To Commenting
The views expressed herein are the sole responsibility of the author and do not necessarily reflect those of this website or its editors.

Will the US Electorate Lay Down in the Poppy Field Sowed by Right-Wing Propagandists & Tilled by the Corporatist Media?