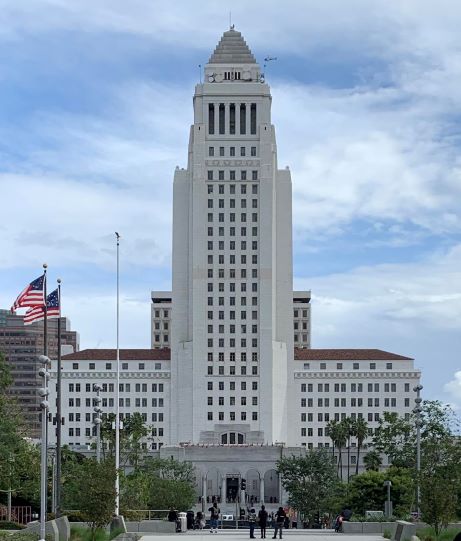 While Mitchell Englander ran for his seat as a "law and order" Republican, he did not hold himself to the same standards that he set for his fellow citizens. The former Los Angeles City Councilmember has already pleaded guilty to attempting to cover up a corruption-fueled trip to Las Vegas, but his attorney has argued that he should not receive any jail time. The undeclared perks, paid escorts, and envelopes full of cash should be ignored because "Englander has been a good father, a loving husband, and dedicated community leader" who had never before been caught breaking the law. The $15,000 received in two casino bathrooms should not even be considered as bribes because Englander took no "official acts" in exchange for the money.

Englander was not the only person whose reputation was tarnished by the ongoing federal investigation and the trip to Vegas. Also participating in the trip to Vegas was George Esparza, an aide to former Councilman Jose Huizar, himself under indictment, who has pleaded guilty to a federal racketeering charge. Englander's Chief of Staff, John Lee, was also in attendance but has so far refused to say if he is "City Staffer B" as named in court papers. However, a newly released transcript of a recorded conversation between Englander and the businessman who paid for the Vegas trip does seem to implicate Lee in the coverup: "Just say, 'Because he asked me a couple [of] times how much does he owe me, he and John owe me, and I didn't have an amount. I said I'll let you know and we just, we never connected'".

Even with two of their former colleagues ensnared an ongoing investigation of corruption, the Los Angeles City Council seems unwilling to ensure that their constituents are protected. Lee was elected just days before Englander's indictment was made public but has refused to respond to questions about his involvement in the Vegas trip or the coverup. Instead of pressing the issue and ensuring that the public receives much-deserved answers, his fellow council members have also remained silent.

Even worse, Lee was just reassigned to the Planning and Land Use Management (PLUM) committee. The accusations against Huizar revolve around his chairmanship of this committee and alleged illegal bribes paid by developers. This was in addition to the legal bribes made in the form of "large donations from developers" to their campaign accounts. Allowing Lee to continue serving on this committee while under a cloud of suspicion reinforces the perception that members of the council are operating in their own self-interest.

It is said that the first thing someone should do when finding themselves in a hole is to stop digging. The ongoing investigation of City Hall has eroded confidence in our local government and the continued lack of action is making the situation worse. The City Council should not wait for the investigators to finish their jobs before working to restore this confidence. The council needs to assure the public that they will do whatever is needed to prevent future corruption. This must include removing Lee from any committee assignments until he provides the public with the details of his involvement in the coverup and is fully cleared by investigators.
________________________________