Though several pandemics have been recorded in human history, the scale of disruption being caused by the current pandemic is unprecedented. The SARS-CoV-2 virus alone is not responsible for this. Any disease, for that matter, is not merely due to the identified causative agent. There are several predisposing causes, not merely medical but include psycho-social, political and economic causes.

Medically speaking, it may be an animal virus (bat or pangolin) that has jumped species to infect the humans. It is also possible that it accidentally leaked from a lab, where scientists were dabbling with live corona viruses in the name of research to prevent a future viral outbreak.

Leaving aside the conspiracy theory of attempt to develop an agent for bio-warfare going haywire, the manner in which the news of its outbreak was first suppressed and later announced to the world exposes the lack of openness as well as desperate attempt to avoid a negative impact on its economy by those in power in China (politico-economic cause).

All the psycho-socio-politico-economic predisposing causes are also present throughout the rest of the world in different forms, facilitating the spread of the pandemic. The lack of understanding and the never-ending conflicts between nations has hindered global cooperation for common good. With all these predisposing causes in place, it is futile to expect a global medical or public health response alone to end the pandemic. A global reset covering all walks of life is needed. 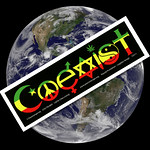 Science and technology can develop the vaccine that is urgently needed. But the underlying predisposing causes require a holistic approach at the global level. A short-sighted response covering the immediate causes will delay recovery and predispose mankind to similar threats in future. Humanity needs to rise up to the calamity it has brought upon itself by addressing the roots of the problem.

A new psycho-socio-politico-economic system that is based on cooperation and understanding and which helps to promote the human quality of 'concern for all' instead of ruthless competition, needs to be put in place. This is not impossible and far-fetched. While Nature seems to be enforcing a correction course taking care of the psycho-socio-politico-economic excesses, steadfast faith in man's own inner capacity for goodness will help channel human reconstruction effort in the right direction.