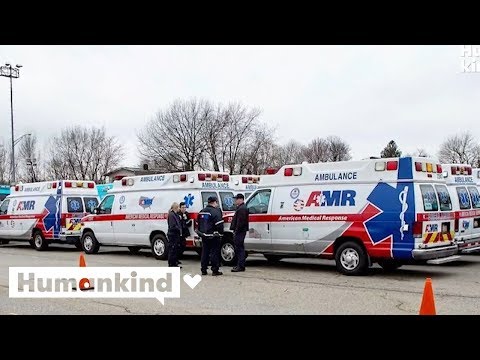 Journalists aren't supposed to "bury the lead." But when death is the topic and corporate power is the culprit, the connection routinely goes unmentioned.

Class war waged methodically from the top down is so constant and pervasive that it might seem unremarkable. The 24/7 siege to make large companies more profitable and the wealthy more wealthy is going on all around us. In the process, it normalizes avoidable death as a cost of doing business.

Overall, news media are part of that normalization. While negative coverage of Donald Trump has been common due to his handling of the pandemic, media outrage has been muted in relation to the magnitude of the dying in our midst at a time when most of the dying could have been prevented.

Deaths tend to become less "newsworthy" as the numbers mount and shock gives way to tacit media acceptance. A new lethal reality is built on dominant structures that keep serving the financial priorities of the powerful. Emphasis is often less about saving lives and more about saving the stock market. The story-line becomes more about "opening," less about dying, even though opening is sure to cause more dying.

Patterns of economic injustice are so basic to U.S. society that they amount to deep cracks in its foundation. Under the weight of catastrophe, whether hurricane or recession or pandemic, the cracks split wider and wider as more human beings disproportionately poor and people of color fall into the abyss.

Corporate media narratives routinely bypass such core truths about cause and effect. Heartbreaking stories have scant context. Victims without victimizers.

Fueled by ultra-greed, Trump's approach is a kind of scorched-earth nonstop campaign, an extreme version of the asymmetrical class warfare going on all the time.

"The world before COVID-19 was a deeply unequal place," the progressive publisher OR Books noted in an email to supporters this week. "Now, in the pandemic, those inequalities are only more stark. Across America and around the globe are fabulous riches for a tiny few and deepening immiseration for everyone else."

A swiftly infamous Instagram post by David Geffen ("net worth" $8.7 billion) in late March, showing his $590 million yacht at sunset as the pandemic took deadly hold in the United States ("isolated in the Grenadines avoiding the virus " I hope everybody is staying safe"), became a symbol transcending avowed politics. Geffen is no right-winger. He's a liberal. In the 2018 election cycle he gave $1 million to Democratic Congressional super PACs. He went on to become a donor to Pete Buttigieg's presidential campaign.

But the most pernicious and ultimately destructive actions of the super-wealthy are not so overtly gauche. The poisons are laced with soothing PR, while the rich movers and shakers play by the rules that capitalism has constructed for the voracious acquisition of wealth at the expense of everyone else. In that sense, the worst class-war crimes are the ones that adhere to the rules and don't get singled out for condemnation.

Consider the pathology of Jeff Bezos, reputedly the world's richest person, who commented that he couldn't think of much else to spend his money on besides programs for space travel, while back on planet Earth the extent of misery due to poverty is staggering. Said Bezos: "The only way that I can see to deploy this much financial resource is by converting my Amazon winnings into space travel. That is basically it."

For the likes of Bezos and other elite winners of riches, in the words of songwriter Tracy Chapman, a future awaits: "I won't die lonely / I'll have it all prearranged / A grave that's deep and wide enough / For me and all my mountains o' things."

A few months into 2020, capitalism is running amuck in tandem with the coronavirus, like some headless horseman galloping over dead bodies. Meanwhile, for U.S. news media, accustomed to covering faraway disasters, a reflex has set in close to home turning the page on deaths, increasingly presenting them as numbers. An anesthetized pall of acceptance is descending on us.

"For the person who dies there is an end, but this is not so for the person who grieves," psychoanalyst Stephen Grosz has pointed out. "The person who mourns goes on living and for as long as he [or she] lives there is always the possibility of feeling grief." In his book "The Examined Life," Grosz wrote: "My experience is that closure is an extraordinarily compelling fantasy of mourning. It is the fiction that we can love, lose, suffer and then do something to permanently end our sorrow."

Related Topic(s): Capitalism; Class Action; Death; Media; Media Bias, Add Tags
Add to My Group(s)
Go To Commenting
The views expressed herein are the sole responsibility of the author and do not necessarily reflect those of this website or its editors.