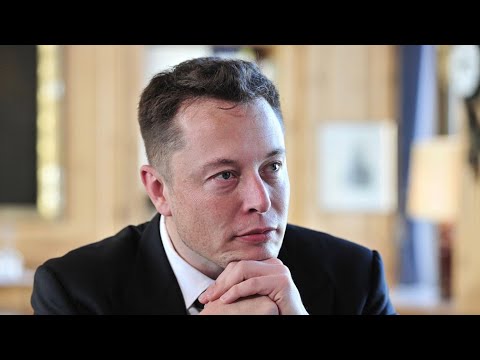 "Dumb" concern about the coronavirus, Musk had raged with that shutdown impending, had morphed into a useless "panic." On March 19, the day he reluctantly closed his Fremont plant, Musk confidently predicted new Covid-19 cases would be running "probably close to zero" by the end of April.

At the end of April, that zero nowhere to be seen, Musk doubled down on his bluster. He promoted a video so full of coronavirus misinformation that YouTube took it down. Musk would become even more desperate when county officials announced plans to extend their original shelter-in-place orders.

"This is fascist. This is not democratic. This is not freedom," Musk stormed in an April 30 conference call with business journalists and investors. "Give people back their goddamn freedom."

Musk would go on to sue Alameda County for the shutdown, trash the county's top health officer as "unelected & ignorant," and declare his intention to yank Telsa out of California.

This past Monday, the confrontation finally climaxed. Musk announced his Fremont plant would reopen with him in it.

"Tesla is restarting production today against Alameda County rules," Musk tweeted. "I will be on the line with everyone else. If anyone is arrested, I ask that it only be me."

Nobody stopped the workers streaming into his plant either. The workers, to be sure, weren't entering in solidarity with their hyperventilating boss. Quite the opposite. They had good reason to suspect anything Musk might have to say safety-related. Within the auto industry, Musk's Tesla has become notorious for operating in wanton disregard of safety standards. Safety violations at the Fremont plant, Forbes reported last year, have "dwarfed" the violation totals at other big American auto plants.

So why, given Tesla's sorry safety record, did workers go back to work when the company's own Return to Work playbook offered no game-plan for testing returning employees for the coronavirus?

Related Topic(s): Bullying; Civil Disobedience; Coronavirus; Democracy; Fascist; Tesla; Workers, Add Tags
Add to My Group(s)
Go To Commenting
The views expressed herein are the sole responsibility of the author and do not necessarily reflect those of this website or its editors.