Todd has allowed his hands to be tied with golden handcuffs. 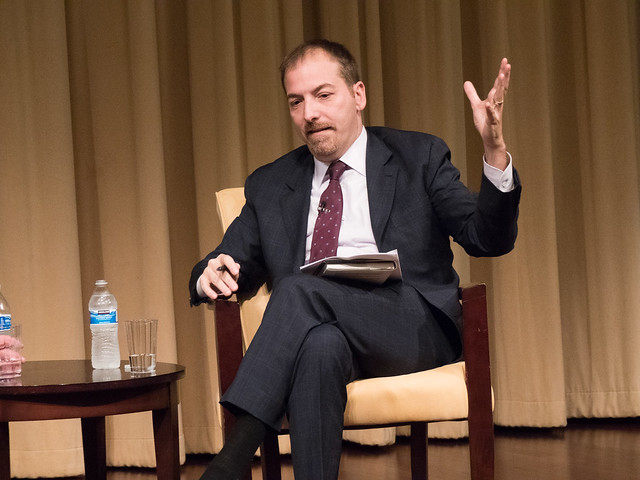 Labor Day has come and gone. To most people it's a day off and a splash of sales. The symbolism and meaning that inspired this national holiday back in 1894 has long since dissipated. Labor Day parades are affairs of the past, with very few exceptions, and those that still exist are facing dwindling participation in the era of Donald the corporatist, no less.

Part of this neglect stems from major unions and their large locals. Labor leaders, year after year, miss the opportunity to speak through the local and national media about what's on their mind regarding the state of workers today. I have urged labor leaders to develop a media strategy for Labor Day, since it is their one big day to give interviews and submit op-eds. Having major events or demonstrations on the needs of working families would invite coverage.

Even the usual excuse that the corporate press is not that interested goes away on Labor Day. The major labor chiefs just don't take advantage of this yearly opportunity. That is one reason why over the years, raising the minimum wage; adopting card checks for union-desiring workers; pressing for full Medicare for All; and repealing the notorious, anti-union Taft Hartley Act of 1947 have remained at such low visibility.

On the other hand, the editors and reporters are not exactly reaching out for, say, interviews of Richard Trumka, the former coal miner who rose through the ranks and became the head of the AFL-CIO labor federation in Washington, DC. Trumka vs. Trump has a nice ring to it, but someone has to hit the bell.

This Labor Day, The Washington Post and the New York Times had touching stories of workers in various jobs from a human interest point of view. There was little space devoted to labor policies, labor reforms, worker safety, the persistent private pension crisis, and the huge power imbalance in labor/management relations.

NBC's Meet the Press, anchored by Chuck Todd, is symptomatic of the media's indifference to showcasing Labor leaders on Labor Day.

Chuck Todd, the quick witted former citizen organizer, has lost control of his show to his corporate masters in New York City. He cannot even stop them from replacing his show entirely on the few Sundays when the NBC profiteers think there are more profits showing a major tennis, golf, or soccer tournament. My repeated complaints about this blackout to NBC chief, Andrew Lack, or to the corporatist chairman of the Federal Communications Commission, have received no reply.

Obviously, Chuck is working in a tough environment for any self-respecting journalist. But this past Sunday, Meet the Press reached a new low from its beginnings under the news-savvy Lawrence Spivak over 70 years ago. Meet the Press has become a ditto-head to the regular news shows' saturation coverage. Todd covered Hurricane Dorian and the shootout in Texas, along with whether Joe Biden is too old for the Presidency. Repetitious and dull he added nothing new for the audience.

The shrinking range of Meet the Press has been going on for some years. It focuses, with other network shows, on questioning politicians or their surrogates sometimes the same guests on multiple shows about inconsistencies, gaffes, thoughtless statements, or current political controversies. We don't need to see yet another round with Trump's Kellyanne Conway, who plays with Todd's sharp questions.

The NBC corporate masters tell or signal to Todd who he can invite for his round-table. He should never have corporatists from the American Enterprise Institute without having people from the Economic Policy Institute, Public Citizen, or Common Cause.

Brit Hume, before he went over to Fox, once told me that the real purpose of the Sunday shows was to let the Washington politicians have their say so they stay off the back of the networks. That was his way of explaining why the questions put to them were not as tough or deep as they could be.

Todd can be a tough questioner, but he is trapped in a cul-de-sac of predictability, trivia, and redundancy that demeans his talents.

Related Topic(s): Chuck Todd; Labor Day; Meet The Press; Sunday, Add Tags
Add to My Group(s)
Go To Commenting
The views expressed herein are the sole responsibility of the author and do not necessarily reflect those of this website or its editors.