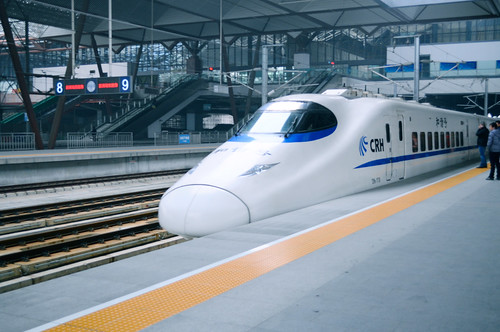 There is a significant reason why political unrest fueled by US interference is flaring up across Southeast Asia - an attempt at derailing Beijing's ambitious One Belt, One Road (OBOR) initiative.

When completed, it will cement not only China's regional rise, but permanently replace the United States as Asia's largest and most influential power.

The "stitching" holding this emerging shift together is a regional high-speed rail network running from the southern Chinese city of Kunming, through Laos, and into the heart of Thailand. Construction in Laos is well underway with construction having already started in Thailand and expected to be completed in 2-3 years.

While the West has heavily criticized this citing costs, debt, and low projections for passenger use - and while all of these issues are already being discussed by China and its Laotian and Thai partners - the West's own criticism is more owed to its inability to compete with China's regional rise and its vision for Asia's future than any legitimate concern regarding the project itself.

Western criticism has focused on both debt incurred through this leg of OBOR, as well as a perceived lack of demand for high-speed rail passenger services along the routes being built.

First is the fact that infrastructure itself often creates demand simply by being built, existing, and creating options that had never existed before.

Travel along these high-speed rail lines may or may not be options existing travelers use in great numbers but those numbers will likely be joined by additional passengers who would have otherwise avoided the trip altogether because of the lack of appealing options in existence now - flying, conventional rail, buses, and vans - which are still expensive, time consuming, and mostly uncomfortable.

Western critics, who mistakenly believe tourism is Thailand's largest industry - claim that the high-speed railway travels through areas most (Western) tourists are uninterested in.

Thailand's northeast region may currently be less appealing to tourists than other regions of the country, but this is simply because few have invested in making the region more accessible and more appealing.

Chinese tourists traveling into Thailand via high-speed rail could just as easily be persuaded to spend time in the northeast, provided investments are made in local infrastructure and attractions. Currently, little incentive exists. Completion of the Thailand-Laos-China high-speed railway will be the first as well as a major incentive in changing this.

Just as mass transportation networks in Bangkok have transformed little-known areas of the city into high-end commercial and residential districts, high-speed rail has the possibility of doing this on a much larger, national and even regional level.