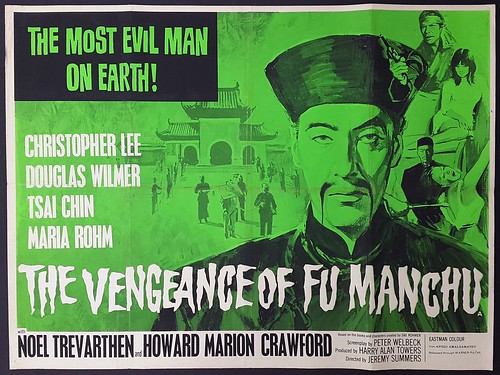 Recently, here in Australia, there's been a spate of "exclusive" pieces in the national newspaper of record, The Australian, exclaiming that China deliberately released the Covid-19 virus and that they have been in preparation for years for a biological Armageddon. The opening piece of the series, "Chinese military scientists discussed weaponising SARS coronaviruses," by Sharri Markson, begins with a breathtaking lead:

Chinese military scientists discussed the weaponisation of SARS coronaviruses five years before the COVID-19 pandemic, outlining their ideas in a document that predicted a third world war would be fought with biological weapons.

Pretty shocking stuff to view over a cuppa so early in the morning.

Many following graphs build dramatic tension: The People's Liberation Army (PLA) helped write the document; SARS represents "a new era of genetic weapons"; British and Australian intel types suggest that such inscrutable behavior accounts for "China's lack of transparency over the origins of COVID-19"; then: product placement --Sharri's gotta little bundle of book popping out in September -- What Really Happened in Wuhan -- that promises to really dish up the dim-sum details of China's diabolical deedfulness. Suddenly, after we begin to think that the Chinese haven't been this Fu Man Chu since the opium parlor days of Dr. No, we're told, after many tension-building graphs, to be cautious in our performance of the text:

Intelligence agencies suspect COVID-19 may be the result of an inadvertent leak from a Wuhan laboratory, a line of inquiry under active investigation since early 2020. There is no evidence to suggest it was intentionally released.

So, it might have been an accident at the lab, and not a plan for WW3 -- please don't rush to judgement (and buy my book).

But at the same time, the nefarious machine-translated title of the 2015 "document" or "dossier" must be kept in mind: The Unnatural Origin of SARS and New Species of Man-Made Viruses as Genetic Bioweapons. This is the sum of all fears for Markson, an award-winning journalist (she once won a much-coveted Walkley journalism award for gossygirling an MP's lovechild to an anxious constituency), who writes for Australia's conservative version of the New York Times. It should be noted that The Australian is a News Corp publication, owned by Rupert Murdoch. The point here is that the nation's leading newspaper was, with that article and those that have followed, including the recent attacks on Dr. Fauci and his supposed relationship to the Wuhan lab in question, deliberately shaping public opinion with information that was sensational and uncorroborated.

The problem with Markson's journalism, and the supporting cast of sub-editors who let her get away with it, is that the document in question is actually a book, available to the public online. You can read it yourself -- here. (Right?) I don't know about Markson or her editors, but I can't read or write Mandarin. (Maybe that's part of the revelations of her book-to-come.) However, in keeping with the spirit of machine-delivered information, an English translation of the book can be found at Archive.org. So, the primary author of the book is "the former deputy director of China's Bureau of Epidemic Prevention, Li Feng," along with a bunch of other hush-hush highly placed mentionables that seemingly add authoritative weight to the seriousness of the project. When in doubt, throw in some weight.

But, ultimately, the terror expressed by Feng has as its source American research. Specifically, two reports figure into Feng's analysis: US Air Force Colonel Michael Ainscough's 2002 paper, "Next Generation Bioweapons: The Technology of Genetic Engineering Applied to Biowarfare and Bioterrorism"; and, a Nature magazine piece (in the Letters section) from 2015, "A SARS-like cluster of circulating bat coronaviruses shows potential for human emergence." These seem to be the two main pieces that alarmed Dr. Feng, and out of which his book develops the scientific-seeming notion that an "enemy" could reverse-engineer a virus, and that it may be that SARS-1 itself was a man-made virus.

Out of this, Markson seems to have developed the super-notion that SARS 2 (Covid-19) was man-made. In a heavily supportive June 7, 2021 editorial, "Fauci must answer hard questions on Covid origins," the head cheeses at the Australian open with: "So Donald Trump was right." They go on to suggest that Dr. Fauci secretly helped the Chinese set up the Wuhan lab and knew that they were conducting gain-of-function research on the batshit-driven coronavirus that could lead to a pandemic. The editor tells us that in Markson's upcoming book -- What Really Happened in Wuhan -- an internal memo reveals that the Chinese had production of Covid-19 vaccine in place before the outbreak. And what's more, they recommend that Fauci himself be gain-of-functioned, mercilessly: "Dr Fauci must be quizzed thoroughly to provide every possible useful insight." Ouch.

Markson's quips have led to some harsh comments on Australia's national public TV network, the ABC. On the program Media Watch, Markson's Walkley-seeking bluster has been given short shrift. Check it out:

Related Topic(s): Biology; Biowarfare; China; China Drivng The Slaughter Of Elephants For The Iv; Chinas Desire For Weird Animal Body Parts; Covid-19; Genocide; Information; Manipulation; Meltdown; (more...) Military; Pandemic; Pathogens; Pearl Harbor; Time; Trump; Vaccines; Viruses, Add Tags  (less...)
Add to My Group(s)
Go To Commenting
The views expressed herein are the sole responsibility of the author and do not necessarily reflect those of this website or its editors.