Humankind, being an inherently tool-making species, has always been in a relationship with technology. Our tools, weapons, machines, and appliances are crucial to forging the cultural criteria of human life. At present, amid the technology-created phantomscape of mass media's lurid -- yet somehow sterile -- imagery, one can feel as if one's mind is in danger of being churned to spittle.

On a personal note, an informal consensus has formed among my friends who share a passion for reading: We read far fewer books since the time we became enmeshed with the internet. Worse, we find the feelings of isolation that we have attempted to mitigate by an immersion in online activity, at best, provides only a palliative effect. Yet, in the manner of addiction -- or a hopeless love affair -- we are prone to trudge deeper into the psychical morass by further immersion into the very source that is exacerbating our feelings of unease and ennui.

Yet we insist on remaining mentally epoxied to electronic appliances, as the oceans of our technology-besieged planet die, as the atmosphere is choked with heat-holding greenhouse gas emissions, and, as a result, exquisite, living things disappear forever.

Therefore, it is crucial to explore why we are so isolated from each other but so connected to our devices, and are married to the belief system that misinforms us, technology can and will lift us from our increasingly perilous predicament. When reality dictates, if the past remains prologue, a fetishising of technology will further enslave us in a de facto techno-dystopia. A reassessment, for numerous reasons, of the relationship between humankind and technology must come to pass.

Moreover, the reevaluation must include machines, at present and in the future, we have created in our own image. For example, those such as artificial-intelligence technologies, that on an increasing basis, will cause a significant number of the workforce to be rendered idle.

Of course, it is a given, bottom-line obsessives that they are, capitalists crave to replace workers with an automated labor force. The parasitic breed has always viewed workers as flesh machines, of whom they were inconvenienced by having to pay wages. 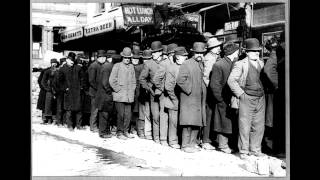 Capitalism is, by its very nature, dehumanizing. From the advent of the industrial/capitalist epoch, the system has inflicted mass alienation, societal atomization, and anomie. Moreover, the vast wealth inequity inherent to the system allows the capitalist elite to own the political class -- a mindless clutch of flunkies who might as well be robots programmed by the capitalist order to serve their agendas.

The question is, what effect will the nature of being rendered superfluous to the prevailing order have on the powerless masses -- who have, up until now, been kept in line by economic coercion, by meretricious, debt-incurring consumer bribes, and by mass-media indoctrination and pop-culture anesthesia? Will consumers continue to insist that their mental chains are the very wings of freedom?

Yet the Age Of Mass Mechanization carries the potential to bestow an era of liberty, artistic exploration, scientific inquiry, intellectual fervor, the pursuit of soul-making, and inspired leisure. Or the polar shift in cultural raison d'etre might inflict a crisis of identity so harrowing that demagogues rise and despots promise to seed a new order but harvest the corpses of dissidents and outsiders.

A couple of weeks back, during a visit to a neighborhood playground with my four-year-old, I had a conversation with an executive on voluntary leave from her management position at BMW (Bayerische Motoren Werke). She was grousing about an infestation of seaweed choking the beaches of the Florida Keys she had encountered on a recent excursion to the U.S.

When I averred the phenomenon of the warming oceans of the planet, the progenitor of the exponential growth of the sea flora she had been troubled by, was caused, in large measure, by the very socio-economic-cultural dynamic that financed her trip to Florida in the first place ... well, it put a crimp in the conversation.

It can be unsettling to be confronted with one's complicity in the ills of a system that, by its very nature, provides camouflage to its perpetrators -- the big bosses, down to its functionaries, and foot soldiers. Soon, she, by a series of subtle moves, extricated herself from the conversation -- and I cannot say I blame her. I myself experienced discomfort by the thought of the discomfort I inflicted on her. Therefore, as a general rule, under the tyranny of amiability, which is the rule of the day of the present order, one is tempted to avoid trespassing into the comfort zones that aid in enabling the status quo.

Related Topic(s): Artistic; Capitalism; Jobs; People; Robots; Technology, Add Tags
Add to My Group(s)
Go To Commenting
The views expressed herein are the sole responsibility of the author and do not necessarily reflect those of this website or its editors.