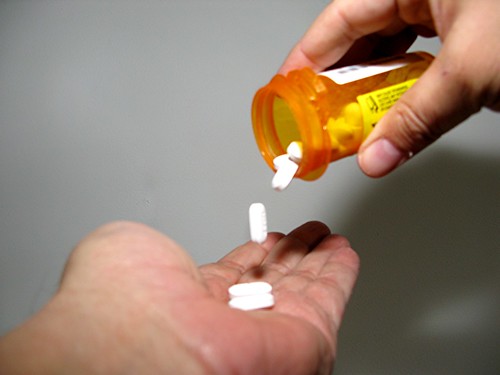 The opioid epidemic rages onward. The statistics of death from an overdose of drugs continue to increase yearly. Everybody in North America has a family member, friend or neighbor that is affected from the misuse of drugs. Our President has declared the "opioid crisis a public emergency."

Pharmacists have a history of being one of the "most trusted professions." Before today's modern day 21st century opioid epidemic began about twenty years ago, that was an accurate summation of your neighborhood pharmacist.

Like the guards of Auschwitz in the concentration camps of Germany eighty years ago who didn't actually pull the final lever, the pharmacists have disengaged themselves from the death and destruction of the epidemic. The damage starts from the complicity of the pharmacist personally handing out tens of millions of lethal pills without a second thought or a look in the eye of the person who has moved from originally having a real medical need for pain relief to a shallow and forlorn soul and prisoner who will become violently ill without their next dose of an opioid. The fury of withdrawal parallels to the abuse and neglect many endured in the concentration camps during WWII.

The pharmacist has lost all conscience and responsibility to our communities as they dispense large quantities of narcotics to a young person who they suspect is either addicted or will be selling the drugs on the street corner.

I am sure the camp guards never looked into the eyes of a future victim of the gas chamber and pharmacists have followed suit. It is my contention most retail pharmacists have had a patient who died from an overdose and few have given it a second thought before they count out their next prescription of 120 to 180 oxycodone or hydrocodone. For some, it is from the rationalization that if they don't count out the pills, the drug store chain will find someone who will. However, I believe most pharmacists don't care.

The doctors are the generals; the pharmacists the soldiers, the drug chains supply the lethal weapons and the insurance payers finance the operation. While six million people were tortured and murdered during Hitler's reign, a country remained silent. A collective conscience finally put an end to the destruction and accomplices to the terror were brought to justice. Adolf Eichmann was hanged and many guards went to prison. After dispensing thousands of deadly pills, today's pharmacist blissfully goes to dinner, much like the prison guards prior to the revelation of the truth.

I have been a pharmacist for forty years. I used to praise our profession and encourage young people to explore my profession. In most of my professional years, morphine was a respected drug and used judiciously. My last ten years have been spent sharing information about morphine's analogs and encouraging patients that "less is better." I have NEVER had a person disagree with me that they wish they could stop taking the opioid and an honest conversation always brings out the truth. I make it clear that the culprit is the drug and not the patient.

I no longer encourage people to become a retail pharmacist unless they want to be the middle man or woman for the drug deal. Today's pharmacist can be replaced by a vending machine. A machine has the same moral and ethical principles as today's pharmacist who counts out the narcotics in the same robotic fashion.

I worked for Eckerd Drug for ten years before CVS took over the Eckerd chain ten years ago. During my tenure with CVS I have been outspoken about the opioid crisis. For the last ten years CVS respected my position on the opioids and allowed me to do a radio show for over seven years, counsel and give advice. I self-published my book "Not Safe As Prescribed" without any immediate repercussions from CVS. The reviews on Amazon have remained phenomenal. Opednews ran an interview.

CVS adopted many new policies in recent years to help reduce their opioid output. Whether it was the multi-million dollar fines they paid to the DEA or a moral awakening is up to the reader's discretion. Most of my fellow pharmacists remained disengaged. I attempted to remain true to my principles and fight the epidemic from behind the counter. It was a losing battle, but from a personal standpoint, I felt I could help more people. To the credit of CVS management, I was left alone. I am proud that I attempted to dispense the CII class of drugs judiciously; never refusing a prescription that met the new CVS guidelines.

I was recently fired from CVS. There were no moral or ethical issues. There were no company losses. Whether it was some lone supervisors acting independently or CVS changing their policy of not allowing the pharmacist the discretion to help a patient remains for discussion. At this point, it appears CVS has re-entered the wild west of pill distribution. I am surmising that my firing has sent a message to my former fellow pharmacists.

I have documentation of my supervisors questioning why I didn't dispense more opioids. After my firing, a fabricated letter referring to my character was sent to the St. Petersburg, FL police department. I was issued a "no trespass" from CVS management. My final termination paper had lies in it.

CVS has policies in place to prevent the over distribution of the opioids. It appears the supervisors are not required to follow those policies and if a pharmacist is not filling enough opioids, a methodical effort to terminate them is accepted by CVS. Not only terminate the pharmacist, but destroy an illustrious 40 year career. It appears the public statements and policies from CVS have become shallow proclamations while the supervisors quietly put the hammer down.

The opioid epidemic is going to rage forward. CVS has made a decision to allow the reprimand and/or firing of a pharmacist who is attempting to follow the CDC guidelines on the dispensing of an opioid.

It will be interesting what the future of the Aetna and CVS merger will bring to the opioid crisis. A vertical business that combines the general, soldier, supplier and the financier will bring more destruction to our communities.

Lawrence Golbom, Author of “Not Safe as Prescribed,” is an expert on the opioid epidemic and America’s drug culture. A pharmacist for forty years, he has worked in hospital, corporate and chain drugstore settings. Most (more...)

Related Topic(s): Addictions; Opioids Narcotics, Add Tags
Add to My Group(s)
Go To Commenting
The views expressed herein are the sole responsibility of the author and do not necessarily reflect those of this website or its editors.