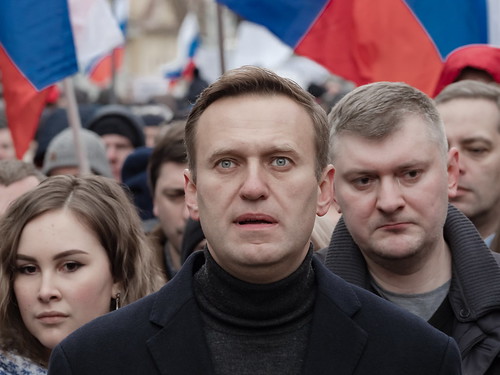 Despite multiple reports - each several pages long - ultimately CNN admitted that they were unable to conclude who actually poisoned Navalny - also admitting there was no evidence that Russian FSB agents they claim followed Navalny played any role at all in the alleged crime.

I break down CNN and Bellingcat's innuendo-filled report, their full admission that ultimately they were unable to draw any fact-based conclusions - and Russian state involvement is merely implied in what is yet another case of US-backed "weapons of mass destruction" lies used to justify US sanctions and aggression against Russia - and ruin Russia's relations with Western European nations - particularly its Nord Stream 2 pipeline partner - Germany.

Related Topic(s): Novichok; Russia, Add Tags
Add to My Group(s)
Go To Commenting
The views expressed herein are the sole responsibility of the author and do not necessarily reflect those of this website or its editors.