"I've seen horrors... horrors that you've seen. But you have no right to call me a murderer. You have a right to kill me. You have a right to do that... but you have no right to judge me. It's impossible for words to describe what is necessary to those who do not know what horror means. Horror... Horror has a face... and you must make a friend of horror. Horror and moral terror are your friends. If they are not, then they are enemies to be feared. They are truly enemies! I remember when I was with Special Forces... seems a thousand centuries ago. We went into a camp to inoculate some children. We left the camp after we had inoculated the children for polio, and this old man came running after us and he was crying. He couldn't see. We went back there, and they had come and hacked off every inoculated arm. There they were in a pile. A pile of little arms. And I remember... I... I... I cried, I wept like some grandmother. I wanted to tear my teeth out; I didn't know what I wanted to do! And I want to remember it. I never want to forget it... I never want to forget. And then I realized... like I was shot... like I was shot with a diamond... a diamond bullet right through my forehead. And I thought, my God... the genius of that! The genius! The will to do that! Perfect, genuine, complete, crystalline, pure. And then I realized they were stronger than we, because they could stand that these were not monsters, these were men... trained cadres. These men who fought with their hearts, who had families, who had children, who were filled with love... but they had the strength... the strength... to do that. If I had ten divisions of those men, our troubles here would be over very quickly. You have to have men who are moral... and at the same time who are able to utilize their primordial instincts to kill without feeling... without passion... without judgment... without judgment! Because it's judgment that defeats us." - Marlon Brando portraying Colonel Walter E. Kurtz in Apocalypse Now

Colonel Kurtz was once considered a model officer, on track to become a general. The military brass concluded that Kurtz had gone insane. He had gone rogue. He commanded his own troops of natives deep in the jungles of Cambodia. They worshipped him like a god. The military brass dispatch Captain Benjamin Willard to terminate Kurtz' command, with extreme prejudice. Kurtz was a symbol of American imperialism. American leaders decided the way to stop communism was to dispatch 553,000 American men to a godforsaken hell on earth in order to spread democracy. This pointless effort cost American families over 58,000 dead boys and another 150,000 wounded. Kurtz was right. The North Vietnamese lost 1.2 million dead and 600,000 wounded, but their willingness to do anything to drive out the imperialist invader led to ultimate victory. Colonel Kurtz understood that severe brutality and lack of moral qualms is the only way to confront an enemy defending its homeland. Reason, humanity, and morality would insure defeat.

Francis Ford Coppola's epic Vietnam War film Apocalypse Now is a parable of imperialism, evil, madness and human darkness. Coppola's script was based upon Joseph Conrad's 1899 novella Heart of Darkness. The book and the movie follow a world weary, skeptical, cynical character in his search for the truth about Kurtz, an evil genius. A long slow boat ride through dangerous dark jungles represents a path from civilization to madness. The book explores European colonial imperialism in the Congo, while the movie explores U.S. interventionist imperialism in Vietnam. The themes of hypocrisy, imperialism, evil, and human madness were pertinent in the 1800s, the 1960s, and today. In the book, the main characters work for a Belgian trading company who conquer the "savages" of Africa to "harvest" ivory and rubber for sale in "civilized" Europe. Native laborers who failed to meet rubber collection quotas were often punished by having their hands cut off by their Belgian saviors. In the movie, the main characters work for the U.S. military, who conquer the "savages" of Vietnam to "save" them from communism and "civilize" the jungles by napalming them. Today, the neo-cons who have captured the foreign policy of the U.S. are conquering the "savages" of the Middle East in order to secure oil while making their countries "safe" for democracy. The book is considered a masterpiece. The movie is considered a near masterpiece. The lessons from both are applicable today.

The Hypocrisy of Imperialism

"The belief in a supernatural source of evil is not necessary; men alone are quite capable of every wickedness." Joseph Conrad 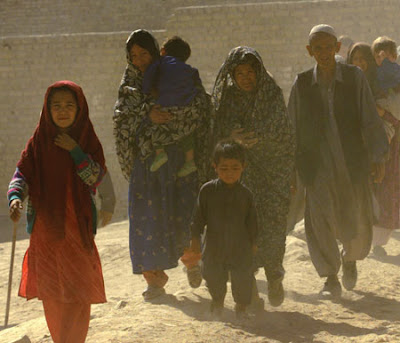 James Quinn is a senior director of strategic planning for a major university. James has held financial positions with a retailer, homebuilder and university in his 22-year career. Those positions included treasurer, controller, and head of (more...)
Related Topic(s): Afghanistan; Atrocities; Democracy; Empire; Evil; Hypocrisy; Imperialism; Iraq; Military; Occupation; (more...) Oil; Torture; Torture; Truth, Add Tags  (less...)
Add to My Group(s)
Go To Commenting
The views expressed herein are the sole responsibility of the author and do not necessarily reflect those of this website or its editors.