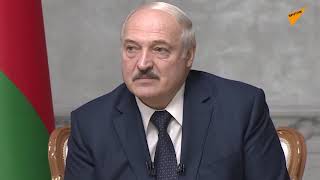 For some time, there was really nothing new to write about regarding the events in Belarus. The people continued their peaceful protests against the fraudulent presidential election, Lukashenko continued lying and law enforcement continued demonstrating that they are in good physical condition and know how to employ special equipment. The fact that at times well-prepared burly men used force against women and children is just a small detail, or - as Lukashenko would say - just a fake. But there is one thing new, i.e. the army, whose duty is to protect the people, is being used against the people.

But the most anticipated event was Lukashenko's meeting with Putin. What changes can we now expect, and was this a meeting between two people of the same status? They're both presidents of a state, after all.

Let's begin with the status. We won't focus as much on what was said, but more on different facts and indications.

Lukashenko's arrival and welcoming in Sochi was akin to a Russian governor visiting a different region. His airplane landed on the edge of the airfield and he was greeted by 5-6 people.1 There was no solemn ceremony or even a carpet next to the airplane, not to mention the lack of an anthem and honor guards. There is strict international protocol on how presidents of other states should be greeted, but there was none of that this time. The only difference between a Russian governor's visit was that Lukashenko arrived in his own airplane.

It is also important to look at the body language of both leaders. We can see in photographs that Putin is sitting confidently like an emperor on his throne and looking at Lukashenko as a lesser being. And Lukashenko is sitting on the edge of the chair, and his body language makes him look like a beggar at the altar, not a president of a state and an equal to Putin. In a different photo we can see Lukashenko writing down whatever Putin is telling him - just like the entourage of Kim Jong-un usually does.

We can see that Putin and Lukashenko are not in equal positions. The vassal hasn't come to talk, but instead to write down the wishes of his lord.

A similar opinion was expressed by Director of the Latvian Institute of International Affairs Andris Sprūds in the broadcast Šodienas Jautājums (Today's Question), who said: "Judging by the body language during the meeting of both presidents, Vladimir Putin will be the one determining the course of events in Belarus. Lukashenko arrived with a white flag and is now in Putin's pocket. Putin will decide what happens in Belarus and when Lukashenko leaves his post."2

To summarize - both the greeting and photographs from the meeting show that Putin doesn't consider Lukashenko an equal, but rather his subordinate who has humbly arrived to receive instructions and mercy from his master.

It is also important to note that the meeting took place eye to eye, which means that the public will never know what both men discussed. So, why all the secrecy? It's hard to give a clear answer, but usually meetings are held this way when no one can know what has been discussed, most often because the majority of people would be against it. And here I mean the people of Belarus. I will add that the meeting was four hours long.

Let's talk about what was discussed during the meeting. The meeting can be divided into several sections, but the essence of the entire meeting was to create conditions for Lukashenko to remain in power - if the quality of life of the Belarusian people decreases, even more people could take to the streets. So, the meeting was not only about the election, but the economic situation as well.

Let's get into the details. First, the presidents discussed increasing trade between both countries. It wasn't, however, specified if this would be a bilateral effort or whether Belarus would simply be forced to import more Russian produce. They also discussed oil deliveries, and as we know this issue has always been on the agenda of Russian-Belarusian relations. Belarus tried to give up the Russian oil needle but failed. It just happened that during this meeting both leaders were able to reach an agreement on oil and gas prices - something that was impossible for the last 1.5 years.

Russia will not only hand out a loan of 1.5 billion USD to Belarus, but also refinance its debt of one billion USD.

An agreement was reached that Belarus will receive Russia's Sputnik Covid-19 vaccine for phase 3 tests. It seems that Russians themselves didn't want to be the guinea pigs of the new vaccine.

Interestingly, all the announcements talk about what Russia will give to Belarus, but no one has said anything about what Belarus will have to give in return. Has Putin really become this friendly and helpful? If you really believe this, I kindly ask you to wake up.

But the most interesting part was the announcement on Russian military bases in Belarus - something that Lukashenko has always been strictly against. It was stated that this issue wasn't discussed during the meeting, but at the same time added that Russia's support for Lukashenko because of such a decision "has nothing to do with reality".3 Now I'm confused - did they discuss the issue or didn't they?

On a daily basis I am working as freelance independent investigative journalist. I am happy to be the Latvian patriot, born in Riga. I Have studied politics and journalism at the Latvian University. Currently, on a voluntary basis, I am helping (more...)

Related Topic(s): Events; International; Law; Lukashenko; Meeting; Military; Power; Power Consolidation; Powers That Be; Putin; (more...) Russia; State, Add Tags  (less...)
Add to My Group(s)
Go To Commenting
The views expressed herein are the sole responsibility of the author and do not necessarily reflect those of this website or its editors.

Putin and his schizophrenia

Is Lukashenko a liar, a fool - or both?

China Is Slowly But Surely Taking Over The World

Lukashenko's days are numbered, and so could be Putin's