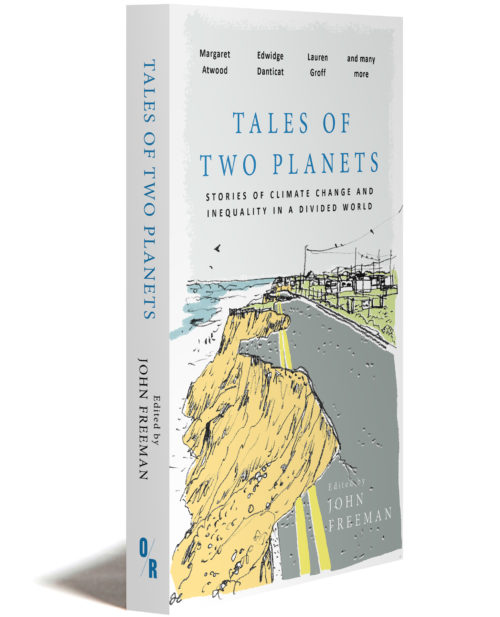 To Be Or Not To Be, That's the Goddamn Question

But the earth abides forever.

The sun also rises, and the sun goes down,

And hastens to the place where it arose.

John Freeman has been busy in the last decade trying to rouse people from their somnambulant lives by means of narrative wake-up calls. "Part of writing, the best part of it," he tells us in the introduction to his new collection, Tales of Two Planets: Stories of Climate Change and Inequality in a Divided World, "is to wake a reader up into the present, by transporting them into a dream-one vivid enough to reorient how they see things upon waking."

Such alarms can be startling, such as his inclusion of an account of the 'mole people' living like Morlocks beneath Manhattan's surface in "Near the Edge of Darkness" by Colum McCann, which appeared in Tales of Two Cities, a previous collection (reviewed here) that gave Jacob Riis-like voice and vision to neglected denizens of NYC.

Related Topic(s): America; Change; Climate; Empathy; Environment; Nature; People; Poverty; Scientists, Add Tags
Add to My Group(s)
Go To Commenting
The views expressed herein are the sole responsibility of the author and do not necessarily reflect those of this website or its editors.