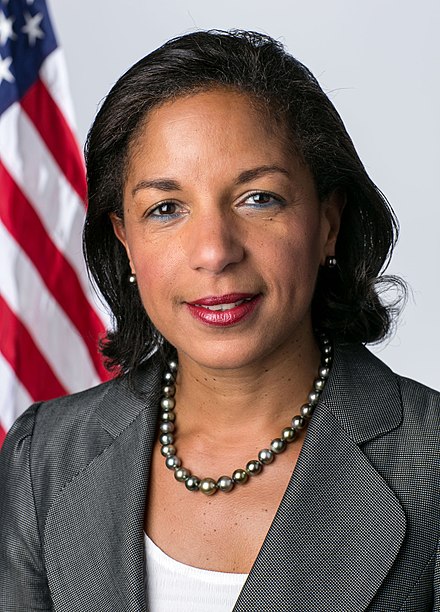 Genocide in Congo and militarization of the African continent are Susan Rice's specialties, but Black Democrats see her as a "role model."

"Rice cultivated relations with every pro-U.S. warlord in Africa."

No one in high levels of U.S. government has been more intimately complicit in the death of more than six million Africans in the Democratic Republic of Congo than Susan Rice, the bloodstained Democratic Party political operative who is actively seeking the job of secretary of state in the incoming Biden administration. If recent history is a guide, we can expect the entirety of the Black Democratic establishment to support this uber-criminal's elevation as a fitting reward to Black voters for putting Joe Biden in the White House - thus implicating all of Black America in the largest genocide since World War Two.

Rice is a prote'ge' of former secretary of state Madelaine Albright, who in 1996 infamously described the sanctions-induced death of half a million Iraqi children as "worth it" to punish the Saddam Hussein regime. But Rice has bested her mass murderous mentor in total career body count.

As President Bill Clinton's national security advisor (1993 to 1997), senior director for African Affairs (1995 to 1997) and Assistant Secretary of State for African Affairs (1997 to 2001), Rice was the point person in Washington's massive coverup of the invasion, pillage and depopulation of Congo by the armies of U.S. client states Rwanda and Uganda. In service to the Obama administration (ambassador to the United Nations, 2009-2013, national security advisor, 2013-2017), Rice smothered a United Nations Mapping Report that documented Rwandan and Ugandan crimes against Congo, including potentially genocidal offenses, and protected Uganda from the International Court of Justice's award of $10 billion in damages to the Democratic Republic Congo.

"Rice was the point person in Washington's massive coverup of the invasion, pillage and depopulation of Congo."

When the United Nation's highest court issued its verdict in 2005, the death toll in Congo was estimated at 3 million. By 2010, with Ambassador Susan Rice at the United Nations, the uninterrupted genocide had claimed six million lives, while the looting of Congo's vast mineral resources financed the rise of a gleaming skyline over Kigali, the capital of Rwanda, a nation that has no significant mineral deposits. Multinational corporations are the biggest beneficiaries of the "blood" minerals; it is these conglomerates whose interests Susan Rice protects.

Today, Congolese speak of eight million dead, but nobody in the Congressional Black Caucus is listening. Half of the Black Caucus voted against a measure that would have halted President Obama's bombing of Libya, in the summer of 2011. Obama claimed that the Euro-American air war in support of mainly jihadist opponents of Muammar Gaddafi's secular government was not subject to the War Powers Act, because no Americans had died - a totally novel definition of war in which only American bodies matter. Rice was then ambassador to the United Nations, where she successfully pressed for a "no fly zone" as a cover for NATO's war against Libya. "This resolution should send a strong message to Colonel Qadhafi and his regime that the violence must stop, the killing must stop and the people of Libya must be protected and have the opportunity to express themselves freely," Rice told reporters. But the bulk of violence was committed by U.S.-backed "rebels" against Black Libyans and south Saharans working in the country. Tawergha, a Black Libyan town of almost 50,000 people, was utterly destroyed, its inhabitants killed, imprisoned or scattered - with not a peep of complaint from the Black American woman at the UN or the First Black President of the United States. The branded faces of Black migrant workers sold into slave markets are Rice and Obama's Libyan legacy.

"Rice successfully pressed for a 'no fly zone' as a cover for NATO's war against Libya."

The unprovoked war against Libya, which removed a bulwark of African independent economic and political development, was heralded as AFRICOM's "first major combat operation on the African continent." There would be many more, as a Black U.S. administration methodically occupied the continent, from the Atlantic to the Indian oceans.