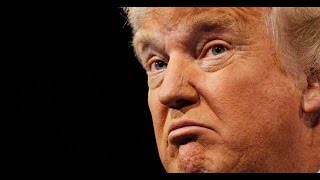 It may seem that by now the level of ugly incompetence, twisted bigotry and ego-driven destructiveness inside the Trump White House is well understood. Nope.

The biggest theme: None of them expected to win. That may sound benign, but it's not. They really didn't expect to win. And because they didn't expect to win, they didn't ponder little things like the fact that their candidate couldn't go two minutes without boiling over. Or that they'd done absolutely nothing to prepare for governing. Or that they hadn't bothered to vet any of the "best people" they'd assembled. Or that they'd treated laws like toilet paper.

"Michael Flynn, the retired general who served as Trump's opening act at campaign rallies, had been told by his friends that it had not been a good idea to take $45,000 from the Russians for a speech. 'Well, it would only be a problem if we won,' Flynn assured them."

But they weren't going to win, so it wasn't a problem. The Trump campaign wasn't just saturated in this attitude, they were reassured by it. Because the very last thing any of the people in the campaign wanted was for this brainless, anger-fueled jackass to win. Losing, was going to be great.

"Not only did Trump disregard the potential conflicts of his own business deals and real-estate holdings, he audaciously refused to release his tax returns. Why should he? Once he lost, Trump would be both insanely famous and a martyr to Crooked Hillary. His daughter Ivanka and son-in-law Jared would be international celebrities. Steve Bannon would become the de facto head of the tea-party movement. Kellyanne Conway would be a cable-news star. Melania Trump, who had been assured by her husband that he wouldn't become president, could return to inconspicuously lunching. Losing would work out for everybody. Losing was winning."

Trump's own team didn't just think he "would not" win, they were convinced he "should not."

People have often compared the making of law to the making of sausages. But a glimpse behind the scenes of Team Trump makes watching hog butchery seem like tripping through a flower garden. Everything about the organization is beyond disorganized, worse than inadequate, actively awful.

The quality of the people and the love they held for each other is well demonstrated by this friendly chat between Roger Ailes and Steve Bannon as they put together Trump's White House staff.

"What has he gotten himself into with the Russians?" pressed Ailes.

"Mostly," said Bannon, "he went to Russia and he thought he was going to meet Putin. But Putin couldn't give a sh*t about him. So he's kept trying." ...

"He's had a lot of lunches with Rupert," said a dubious Ailes.

Related Topic(s): Incompetence; Trump Cabinet; Trump Children; Trump Ego, Add Tags
Add to My Group(s)
Go To Commenting
The views expressed herein are the sole responsibility of the author and do not necessarily reflect those of this website or its editors.