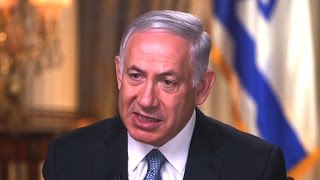 THE FLOOD of corruption affairs that is now engulfing the Netanyahu family and its assistants and servitors does not seem to diminish his popularity among those who call themselves "the People."

On the contrary, according to the opinion polls, the voters of the other nationalist parties are rushing to the rescue of "Bibi."

They believe that he is a great statesman, the savior of Israel, and are therefore ready to forgive and forget everything else. Huge bribes, generous gifts, everything.

Strange. Because my attitude is exactly the opposite. I am not ready to forgive "Bibi" anything for being a great statesman, because I think that he is a very minor statesman. Indeed, no statesman at all.

THE FINAL judgment about Bibi's capabilities was passed by his father early in his career.

Benzion Netayahu, a history professor who was an expert on the Spanish inquisition, did not have a very high opinion of his second son. He much preferred the oldest son, Jonathan, who was killed in the Entebbe operation. This, by the way, may be the source of Bibi's deep complexes.

Politically, Benzion was the most extreme rightist there ever was. He despised Vladimir Jabotinsky, the brilliant leader of the right-wing Zionists, as well as his pupil, Menachem Begin. For him, both were liberal weaklings.

Benzion, who felt that his talents were not appreciated in Israel and went to teach in the United States, where he brought up his sons, said about Binyamin: "He could make a good foreign secretary, but not a prime minister." Never was a more precise judgment made about Bibi.

Binyamin Netanyahu is indeed excellent foreign minister material. He speaks perfect (American) English, though without the literary depth of his predecessor, Abba Eban. About Eban, David Ben-Gurion famously remarked: "He can make beautiful speeches, but you must tell him what to say."

Bibi is a perfect representative. He knows how to behave with the great of this earth. He cuts a good figure at international conferences. He makes well-crafted speeches on important occasions, though he tends to use primitive gimmicks a Churchill would not touch.

The ideal prime minister is a man (or a woman) of vision. He knows what his country needs -- not only today, but for generations to come. His vision embraces the entire needs of his country, of which foreign relations is only one aspect, and not necessarily the most important one. He sees the social, economic, cultural and military aspects of his vision.

Benzion Netanyahu knew that his son did not posses these capabilities. A good appearance is just not enough, especially for a leader of a country with such complicated problems, interior and exterior, as Israel.

Related Topic(s): Benjamin Netanyahu; Corruption; Israel; Palestinian, Add Tags
Add to My Group(s)
Go To Commenting
The views expressed herein are the sole responsibility of the author and do not necessarily reflect those of this website or its editors.