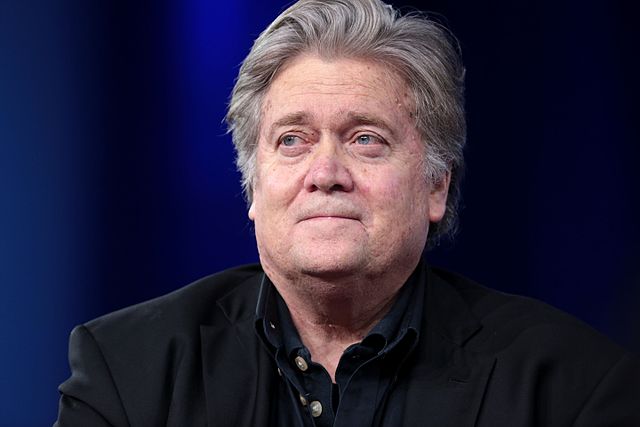 Steve Bannon is out at the National Security Council. V ox reports,

Bannon had been the first White House political adviser ever appointed to the principals committee of the NSC, an exclusive body charged with giving Trump unvarnished advice about literal life-and-death national security issues. Now Bannon's short tenure there has come to an end."

This is good news, perhaps even for Trump. According to Jane Mayer, author of Dark Money: The Hidden History of the Billionaires Behind the Rise of the Radical Right, says that the Mercer family of billionaires were behind putting Bannon in the White House, and that the Mercers played a huge role in getting Trump elected, with the help of Breitbart news, which the Mercers own a share in, where Bannon was Executive Director.

So... perhaps General McMaster has helped, for whatever reason, Trump to loosen the grip the Mercers and Breitbart News have on him and the White House. Or not. But it's good news that McMasters is returning the NSC to the way it has historically been composed.

The Vox article adds, further in,

"One could have easily envisioned Bannon using his seat at the NSC to advocate for a needlessly aggressive military response to, say, Iran because he thought it would give Trump a boost by having Americans rally around the flag.

Bannon also echoes and magnifies some of the president's worst instincts, from his "Muslim ban" to his continued references to radical Islamic terrorism (a phrase McMaster has tried to bar from NSC deliberations). Bannon losing his NSC seat means he may have a harder time maintaining policies that McMaster believes to be detrimental to US national security because they alienate American allies throughout the Arab and Muslim worlds.

There's one more thing to celebrate. Trump operates his White House on a zero-sum model, where there are competing power centers and where one aide gaining influence almost always means another one is losing theirs. That means the Bannon move is as much about McMaster's growing role as it is about Bannon's shrinking one.

McMaster is one of the adults in the room. Now he gets to reshape the NSC in his image."

This is a good sign. So far, a handful of Democrats have allowed some disgusting appointments to be approved. McMaster shows that some appointees can stand their ground against Trump and the people the Mercers and who knows who else have dictated he appoint. It's a signal that the Democrats should hold out more for better appointees.

Related Topic(s): Espionage- Spygate- FBI- NSC; National Security Council, Add Tags
Add to My Group(s)
Go To Commenting
The views expressed herein are the sole responsibility of the author and do not necessarily reflect those of this website or its editors.