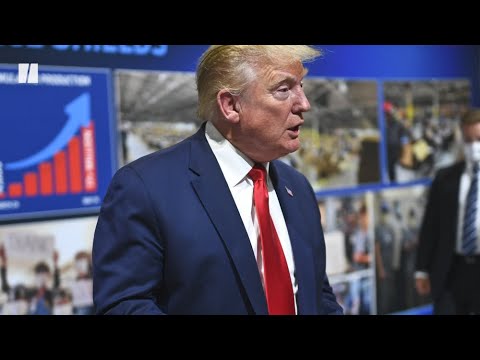 Authoritarian regimes breed lies like rotting meat breeds maggots, and as Trump marches the United States into an imperial presidency beyond accountability, his rate of lying has become astronomical. If I just read 10 a day, it would take me five and a half years just to read all 20,000 of the lies Trump has told since his election.

There was a time when the Washington press corps got a kick out of the magnificent falsehoods flung into the ether by kooky but also scary regimes in Pyongyang and Baghdad. The spokesman for the Arab Socialist Baath Party of Iraq, Muhammad Saeed al-Sahhaf, was dubbed "Baghdad Bob" and "Comical Ali" for his whoppers. During the 2003 US invasion of Iraq, he kept maintaining that US forces had been thrown back out of the country, where depressed and committing suicide en mass, and had been utterly defeated. When an enterprising US commander sniffed out that the defense of Baghdad had collapsed, he took his armored convoy on a little tour of Baghdad, and his vehicles were visible above Baghdad Bob's shoulder as he was confidently describing the utter defeat and expulsion of the Americans. The juxtaposition of his tall tales and the plain evidence for the eye to see of US military presence in the Iraqi capital produced howls of laughter.

Today the shoe is on the other foot, and we have "Washington Bob" and "Comical Donnie." But it is the same phenomenon, the assertion of political will against the plain facts.

Unrealistic policies can be funny, but they can also lead to massive tragedy. Chinese Communist leader Mao Zedong in the late 1950s insisted that China could rapidly industrialize even without heavy equipment. He pushed so many peasants off the land into makeshift, backyard workshops on communes that China faced a famine when not enough crops were brought in. Some 20-million Chinese died in the "Great Leap Forward."

That story is not very funny. Neither is the story of Donald Trump.

Trump wishes away stubborn facts that he finds inconvenient. He castigated the climate emergency as a "Chinese hoax." It isn't even clear why he thought China is behind it, since they are still the largest per country producer of carbon dioxide emissions (half of their electricity is still from coal). The current Chinese Communist politburo, however, does believe in science and has no doubt of the disasters facing China if they don't green their economy. They've learned some things from Mao's mistake, though perhaps they would not put it quite that way.

On Wednesday, Trump called the allegations that Russian military intelligence (GRU) offered bounties on US troops to criminals and terrorists in Afghanistan ... you guessed it ... " a hoax." This time the culprit was the Democrats and the New York Times.The most dangerous denialism of all is Trump's insouciance in the face of the novel coronavirus. Back last winter he called it a hoax and said it would just go away.

Nancy Pelosi gets the award for the bon mot of the day. She said if Trump wants to see a hoax he should look in the mirror.

He didn't repeat the hoax charge Wednesday and Thursday, but he did continue his magical thinking, according to the Chris Megerian at the LA Times:

"we're going to be very good with the coronavirus," he said, and "at some point that's going to sort of just disappear." He added, "I hope."

On Thursday he admitted to a group of businessmen, We haven't totally succeeded yet. We will soon. We haven't killed all of the virus yet."

The Reuters headline on Thursday was "U.S. coronavirus cases hit new global record, rising over 55,000 in a single day." Deaths remain stubbornly in the range of 500 to 1,000 nationwide (they haven't skyrocketed the way cases have because deaths are concentrated in the elderly, whereas the bulk of new cases are young. But the deaths are not declining, either).

Related Topic(s): China; Trump Against Democracy; Trump Ego; Trump Liar, Add Tags
Add to My Group(s)
Go To Commenting
The views expressed herein are the sole responsibility of the author and do not necessarily reflect those of this website or its editors.