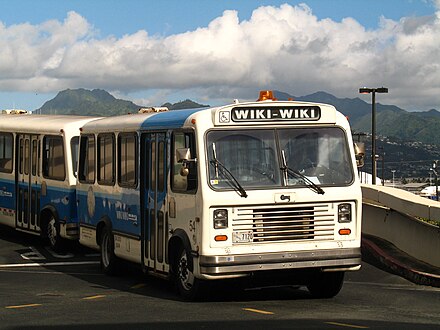 Recently, an article appeared in Wikipedia concerning Balanced Approval Voting. But the article may be easy for readers here to miss because it favors the name, Combined Approval Voting (which I will still abbreviate as BAV). The article traces the concept back to a Dan Felsenthal in 1989 and gives him credit for first discovering it. It would not be surprising to learn of much earlier instances of this this voting system being discussed. Measurements of both approval and disapproval have been taken for presidents at least as far back as FDR and it is hard to imagine that all of the people either involved in taking these measurements or in reading about them would would somehow have failed to think of applying that same notion to voting.

In discussing the properties of BAV, the Wikipedia article repeats the common, though problematic, claim that BAV is equivalent to 3-level score voting. BAV is an actual voting system whereas 3-level score voting (a.k.a. Range voting) is more accurately seen as a collection of at least three different voting systems, differing significantly by how unmarked entries are handled. Moreover, from the perspective of a voter, the BAV ballot looks entirely different from the one for score voting. The Wikipedia article does allude to this in a parenthetical remark, but it also adds some confusion with the observation that a scale of (-1, 0, 1) is mathematically identical to a (0, 1, 2) scale. There is truth in that statement but the word "identical" here must be treated with some care. There is considerable subtly tucked into that word, "mathematically".

Using the (-1, 0, 1) scale voting, the Green Party candidate wins because the net scores are:

But using the (0, 1, 2) the Republican wins because net scores would most naturally be computed as:

The scores are not the same of course but neither is the outcome the same; in one case the Green candidate wins whereas in the other case the Republican wins. That should seem a bit odd for these mathematically identical systems.

The reason for this apparent anomaly is that the usual counting rules for BAV are applied in both of these counts. Specifically the BAV rule is that in counting votes for a candidate you should just skip over ballots that do not specify any opinion about that candidate. With BAV, the computation is intended to determine the number of supporters less the number of opponents so there is no need to count those ballots that specify neither. This also works fine for the (-1, 0, 1) system, due to the special character of the number 0. But using this same counting method, the (0, 1, 2) system alters the election outcome. To achieve an equivalent outcome, it is necessary to treat the absence of any choice as actually a vote of the middle of the three scores which happens in this case to be 1. In this election, there are 180,000 of such voters so doing this would adjust the net score for the Green candidate to 240,000, once again making the Green candidate to be the winner. Still, the scores are not the same. Moreover, the ballot, by asking the voter to assign 0, 1 or 2 to the candidate, would lead voters to expect that something equivalent to the earlier counting approach (counting a non-vote as 0) would be used.

Polling companies often report their measure of "net favorability" for candidates, presumably because they find that number intuitive and meaningful. As a practical matter, BAV makes for an easier and more understandable vote tally because it conveys essentially the same information (though the totals must be divided by the number of ballots counted to get the net favorability). BAV results point out clearly those candidates who are as widely liked as they are disliked. Note also that this example shows how the use of BAV makes it more difficult for such polarizing candidates to win.

Related Topic(s): Election; Green; Polling; Voting; Wikipedia, Add Tags
Add to My Group(s)
Go To Commenting
The views expressed herein are the sole responsibility of the author and do not necessarily reflect those of this website or its editors.