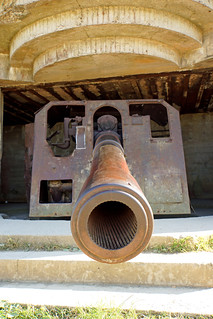 As the United states and the other governments of the Free World dutifully water and fertilize the banks, even as we foolishly "forgive their trespasses" against all of humanity, so do we reap the horror of the terrorism and conflicts that they support and finance. As usual, Republicans and Democrats argue incessantly and inanely as to which brand of bandaid ought to be applied to the mortal wounds their parties have visited upon us first by the Junior Bush and now the Obama administration's policies. Both effete leaders sought to cure economic challenges with excessive international warfare, President Obama foolishly extending the war in Afghanistan to impress Republicans. Are there no limits to the audacity and greed of the U.S. and international banking communities? How much wealth is enough for these greedy miscreants? Can the banks not amass enough ill gotten wealth in their everyday dealings by their daily raping and pillaging of average, unsuspecting citizens? Just how many innocent victims do they have to destroy by financing terrorist governments, organizations and armies?

No matter what President Obama and his heavily intoxicated military advisors suggest, certain things remain clear: (1) We have Iran laughing at the economic sanctions levied against them, still refusing UN access to certain of their nuclear facilities and (2) We have Vladimir Putin spitting on the largely "token" sanctions we have attempted to impose on his government as well, not hesitating to invade deeper and deeper into the Ukraine. In both cases arguing about military options is nothing but a fool's errand. Meanwhile, in our purely reactive video game response to ISIS, a few bombs here, a few drones there, and a smidgen of token humanitarian assistance by reluctant Western countries, we show our true colors. First and foremost we are allies of the banks and their best friends, the oil companies. What good is it to treat ISIS like a mere leak in the plumbing when it will eventually flood the freedom of the entire planet? Turn off the water! Cut off the financiers of the Jihadist/Sharia Law Movement! Sooner or later bankers must be held accountable for the crimes that they subsidize! Countries that countenance and export terrorism must be held responsible and if necessary, their banks need to be bankrupted! Bankers in any country found associating with terrorists must be tried and if convicted, there are plenty of beds at Guantanamo aren't there?

As usual, this administration, like the last one, does not seem to be able to formulate any long term policies. "Wars" can no longer function as short term solutions for long term economic problems. When will weak minded politicians and military stooges realize this basic fact? A true war in "self defense" of one's country must always be accompanied by an economic recovery. The last defensive war fought by this country was World War Two. It was the last war that we won. Another fact lost on our intoxicated military, staring them in their faces, is that the fact that we cannot win a war that we start! We cannot bomb civilians in a war that we start. Preventing wars is primarily an economic enterprise, not a military one and this cannot be accomplished without the help of the banking industry!

"The Banking Industry?" you ask. Aren't they the ones who after nearly bankrupting the U.S. and European economies one after the other, extorted three quarters of a trillion dollars from the U.S. Treasury by Congressional approval, then turned around and lent some six or seven trillion dollars of our Treasury money to their European banking relatives without Congressional oversight? (Please forgive the oxymoronic term "Congressional oversight.") How much of that money do you think ever reached those countries' treasuries? Precious little I would suggest! Most of the money and profits from those funds still lie in the hands of the banks of the "Free World." Even before that, it was U.S. Treasury funds illicitly funneled through the Federal Reserve, stolen from U.S. taxpayers and "laundered" by the International Monetary Fund, that created scores of billionaire Russian oil barons in a country that had not one millionaire until that time!

Just how many bankers lie in dark cells in Guantanamo or any prison, prosecuted for their crimes? Instead, the Treasury Department and the duplicitous Bush/Obama "Justice (ha-ha) Department, led by the notorious "Uncle Tom" Holder, go after the Don Siegelmans and Rick Perrys while defending scores of Karl Roves, William Canarys and other criminals. When will a participating banker be tried for aiding and abetting a terrorist organization or a terrorist state? When will a banker be executed as a terrorist? Is anyone stupid enough to believe that their transactions cannot be traced?

Go on fools in the Obama administration and the frustrated "warriors" in the Pentagon, continue to fight one meaningless skirmish after another, but whatever you do, don't fight the real war, the war against the international banking interests! If we wait long enough, I can foresee a time when the final struggle, before we obliterate ourselves, will be between the governments of the Free World and the alliance of the banks and their pet dictators. Don't say we were not warned! "As ye sow, so shall ye reap!"

Related Topic(s): Government, Add Tags
Add to My Group(s)
Go To Commenting
The views expressed herein are the sole responsibility of the author and do not necessarily reflect those of this website or its editors.